FORWARD WITH CRAWFORD: The new MP devises a solid blueprint for success 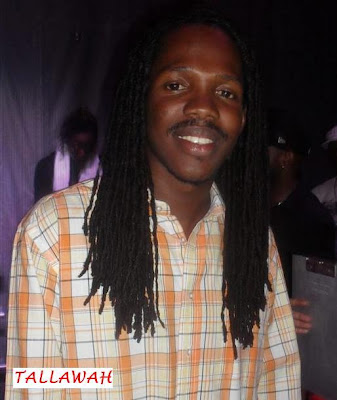 I, CRAWFORD: The politician draws on his mix of smarts and resolve.

As he prepares to do the hard work and make his mark, newly elected MP and state minister for Tourism and Entertainment, Damion Crawford makes it plain that pairing strategy with tried-and-proven patterns of performance is his chosen template for political success. TALLAWAH interviewed the charismatic politician at Saturday’s Shaggy & Friends event at Jamaica House to hear about how he’s handling his life-changing new roles, his widely publicized tiff with rival Joan Gordon-Webley on the campaign trail, and the eternal importance of volunteerism.

TALLAWAH: Considering the import of your new twin roles as political rep for East Rural St. Andrew and a state minister in the Simpson-Miller administration, how are you feeling these days?
Crawford: Well, I’m excited by the prospects. I don’t know what is there to achieve as yet, but we are researching everything, and I think I will be able to make a big impact. So I plan to work with the people and do my best.

Your “solid waste of time” sound byte in reference to the JLP’s Joan Gordon-Webley was one of the most buzzed about ingredients in the pre-Election stew. Reflecting on the comment and the firestorm it set off, do you regret the utterance?
I am disappointed. I heard that she felt bad about it and felt that I was seeking to belittle her. But her slogan was about being a “solid performer” and I was saying to the country that solid performer, waste of time – and that wouldn’t be a problem. So if she says “solid performer” and I say “solid waste of time”, then that shouldn’t be a problem either. But I apologize because I didn’t want to offend her and I do not seek to offend her.

Critics say the 20-member Portia Simpson-Miller cabinet is too large. Your thoughts.
Well, I can’t speak to that because the leader has a responsibility to put forward her Cabinet based on how she sees fit. So I haven’t come to a concept on it as yet. But if we are not performing then it would be too big, but if we are performing then it is sufficient. But it is our responsibility to go out there and make sure that we carry out what needs to be done.

How do you plan to handle your established business ventures from here on now that you’re a member of the government?
First of all, I am seeking some intervention as it relates to whatever conflict of interest that might exist and I am then going to move forward from there. I think that all I’d need to do is declare, and I am not seeking government contracts. But I am ensuring that I get the correct advice.

I’m sure you have nothing but high praises for initiatives like tonight’s Shaggy & Friends charity concert.
This Shaggy venture is good and it’s also about the concept of volunteerism. And we’re asking all the persons with their different talents, whether it’s plumbing or mason or electrician, to volunteer as well to help people, help the country. Any country that seeks to develop must develop on that kind of volunteerism.

One last thing: On Election night, you and Gordon-Webley were involved in a real see-saw battle as the ballots were being counted. I can imagine it was a truly nerve-racking experience for you.
Automatically, because you don’t know what can happen. But I always had confidence in the people, and I am grateful that they have seen the competence that I have. I always felt that I was the better candidate and it seems that the people feel the same way. 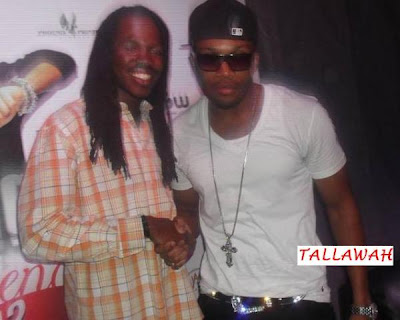 Email ThisBlogThis!Share to TwitterShare to FacebookShare to Pinterest
Labels: Ones To Watch, Politicking, TALLAWAH Exclusive