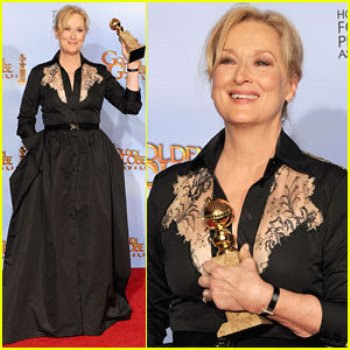 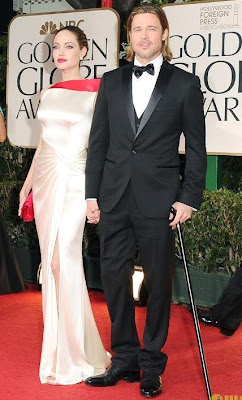 STUDY IN ELEGANCE: Nominees Brad Pitt (Moneyball) and Angelina Jolie (In the Land of Blood and Honey) brought clean glam to the Globes red carpet.