JAMAICAN OF THE YEAR: The Real Value of SHAGGY’s Purpose 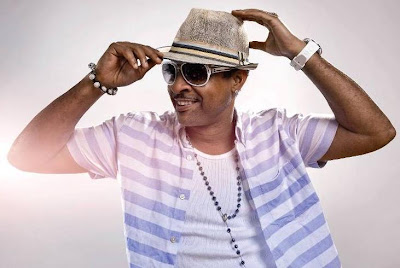 HOT SHOT: The ace entertainer dazzled and inspired in 2011.

While Shaggy’s colossal hit “Sugar Cane” was about the tropical bliss of island romance, the song’s catchy refrain “She loves the taste of my sugarcane” could have been aimed at the industry, reminding all that Mr. Bombastic hasn’t lost his touch.

Tastemakers felt Shaggy’s career had peaked, that his best efforts were behind him. But the diamond-selling Grammy winner knew better. By trusting his gut, this past July the megastar did the unthinkable: he released his new album, Summer in Kingston, as an exclusive digital release available to fans for an unbelievable US2.99 on iTunes and embarked on a global tour that took him to countless cities.

And it worked: Summer in Kingston became a hit with both fans and critics and stayed in constant rotation, topped digital reggae charts, including No. 1 spots on iTunes. As if that weren’t enough, the 43-year-old restructured his management team, earned his fifth career Grammy nomination, and refreshed his philanthropic spirit by spearheading plans for the star-packed January 7 Shaggy & Friends charity concert to benefit, yet again, the Bustamante Children’s Hospital.

And he still isn’t done. Mr. Burrell, who is expected to bring his trademark energy and arsenal of hits to the Jamaica Jazz & Blues main stage later this month, has been selected to serve as the spokesperson for the Jamaica Village at the hotly anticipated Summer Olympic Games in London.

“It’s going to be 10 nights of concerts. Basically you’re going to come into the park and feel like its Jamaica,” Shaggy noted earlier this year. “There’s jerk chicken, there’s the colours, the vibe, the music. We’re promoting Jamaican culture. It’s an opportunity for us to shine on the world stage. I don’t think the campaign starts then. It starts now.”

[Tastemakers felt Shaggy’s career had peaked, that his best efforts were behind him. But the diamond-selling Grammy winner knew better.]