LIE TO ME: Where Is My Father is brutal with a touch of brilliance 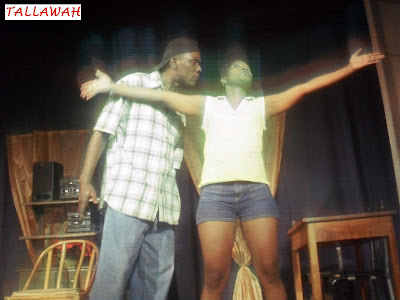 Scandal and shame in the family would be an apt subtitle for writer-producer Basil Dawkins’ latest effort, Where Is My Father, a powerful and illuminating domestic drama that arguably finds Dawkins at the height of his creative powers. After last season’s ultra-disappointing A State of Affairs, the prolific playwright is back in ace form with a piece that soars on the back of its sturdy cast, deft direction from Douglas Prout, and outstanding technical support. For one, Robin Baston has come up with a remarkable set design that allows the proceedings to segue from scene to scene with a sort of incredible ease.While elucidating the cycle of abuse and poverty and the issue of absentee fathers that continues to plague Jamaican families from all walks, the play dually exposes a disgraceful and ugly side of life in some quarters – the ghetto, to be more specific – where people are willing to do whatever it takes to simply survive. The end justifies the means. Issues like these, as well as familial stability, have always figured prominently in Dawkins’ work, but here he tackles them with greater rigour and relish.Nadean Rawlins (all fire and tough-mindedness) heads the cast as Joycelyn, a beleaguered innercity mother so desperate for an ease from her indigent circumstances that she is willing to coerce her reluctant teenaged daughter Evadney (a terrific Allison McLean) into a sexual relationship with Rupert (George Howard, excellent), a local handyman with some kindness in him that could be masking his true colours. But that’s only skimming the surface of the plot.At the core of the story is Evadney’s relentless mission to locate the privileged young man who, along with a group of his friends, sexually assaulted and knocked her up. Evadney refuses to have her infant grow up without paternal input. Problem is, the boy has fled the country, and his powerful father, a Mr. McDermott, a slimy big-shot attorney (played by Jean-Paul Menou with rueful arrogance) would sooner see her dead than have her drag the McDermott name into scandal. But determined as she is, Evadney will stop at nothing to see the right thing done and with the help of McDermott’s long-serving secretary (Julene Robinson), she sets a plan in motion.What plays out is a twisty and expertly spun story fuelled by a compelling mixture of high-wire drama and clever comedic moments. It’s the sort of convincing storytelling for which Dawkins has earned his widespread repute. If his characters are finely honed stereotypes, the superb cast fleshes them out under Prout’s guidance. McLean is a great find, the fresh-faced ingénue who almost outshines her more seasoned costars. It’s a sit-up-and-take-notice performance she offers, marked by emotional heft and moments of vulnerability, very much like the play itself.
Trafficking in dangerous, unsettling business, Where Is My Father ultimately benefits from sharp acting, smart writing, and superb direction. There is next to nothing to complain about. In the end, the production – a sure-bet contender for best play of the year – can only be described as brutal with flashes of brilliance. Tyrone’s Verdict: A-