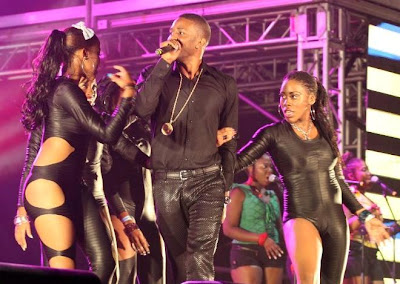 FASHION ROCK STAR: A hip new clothing line on the way from Konshens.
He just keeps breaking all the rules. In addition to crafting pulsating new hits for his upcoming Mental Maintenance studio album (due out Feb. 28), Konshens is venturing into womenswear via his super-trendy new fashion line dubbed OH’K. The dancehall star, who is personally spearheading the initiative, describes the line as “the perfect combination of two of his loves: fashion and his fans, who for the most part are females.”On the aesthetic front, OH’K will feature pieces that are “casual and artistically unique with artisanal quality and a touch of glamour.” But why the name OH’K? “It draws its inspiration from the Jamaican dancehall, urban culture and hot new trends in graphic art and fashion,” Konshens explains. “The OH'K female is youthful, chic, and urban with her finger on the pulse of what's fresh and happening now. The line will represent and speak directly to the females with that urban edge.”Though an official date for the line’s launch is yet to be finalized, Konshens advises that the public can expect its arrival “soon.” 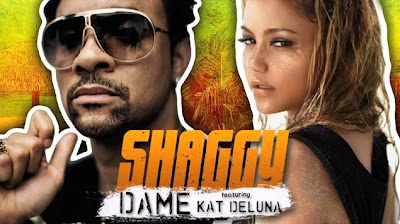 TALLAWAH’s January cover star Shaggy is showing no signs of slowing down in 2012. On the heels of the recent Shaggy & Friends charity concert, the megastar has announced the upcoming release of Summer in Kingston (The Lava Edition), due in stores in the United States as of Feb. 8.

“It will have three brand new songs on it: “Dame” (feat Kat Deluna), “Hurting,” and “She Gives Me Love,” from my upcoming album that I'm working on with Sly and Robbie,” says Shaggy. “This version of the album will also be available on iTunes, Amazon, etc.”

Posted by TALLAWAH Magazine (tallawahmagazine@gmail.com) at 12:29 am