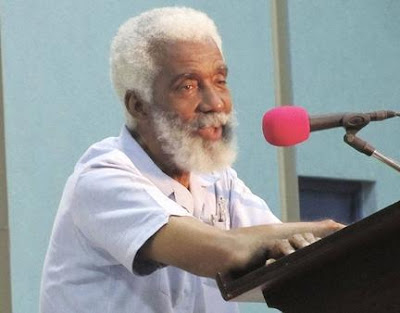 THE PLAY'S THE THING: “Bedward will support needy and worthy social causes through fundraising benefit deals,” says Marriott.
Anticipation is, as expected, building for the upcoming revival of Louis Marriott’s stage classic Bedward. And the producer is bent on capitalizing on the weeks and days leading up to the grand premiere. Fundraising benefit tickets are now available for the 18 performances of the historical musical play, scheduled to run March 2 – 18 inside the Karl Hendrickson Auditorium, Jamaica College. According to Marriott, the provision of fundraising benefit tickets is in fulfillment of the production’s mission statement “to support needy and worthy social causes through fundraising benefit deals.”The 2012 production also promises to be “a groundbreaking event.” The internationally acclaimed Yvonne Brewster will direct a cast populated by the exemplary talents of Alwyn Scott, Winston “Bello” Bell, Barbara McCalla, Michael Forrest, Teddy Price, Trevor Fearon, Hugh Douse, Jean-Paul Menou, Renee Rattray, Andrew Lawrence and Grace McDonald. Ron Steger is handling the set design, Noel Dexter the music, choreography is by Dr. Maria Smith while Nadia Roxburgh will serve as the lighting designer. Stage manager Alvin Campbell will be assisted by Pamela Bennett. In July 1960, Bedward (Marriott’s first full-length play) launched as The Shepherd at the Ward Theatre. It has had two revivals at the Little Theatre, in 1984 and in 1985. The play was also the climax of the “Reliving the Glory” series of productions in 2003-4 to celebrate “The Year of the Ward.” Bedward was also the major drama production presented at the World Youth Festival in Kingston in 1985. That same year, it played to full houses and earned standing ovations at Miami’s Gusman Cultural Centre.For the 2012 incarnation, among the prospective beneficiaries identified are educational institutions, past students’ associations, clubs and societies; church fellowships and outreach groups; citizens’ associations and other community organisations; organisations of and for the disabled; health-related associations; women’s organisations; associations involved in child welfare and development; sports associations; sports clubs; and service clubs. Bedward is being sponsored by the Gleaner, Ultra Protection, and Chaser’s Café. To book a benefit, contact the producer at 929-1712 or 838-2421 or 771-6808. Or send an email to louis.marriott1935@gmail.com. 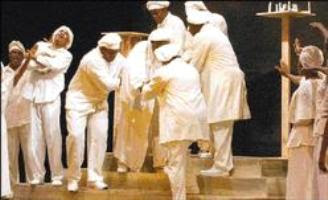