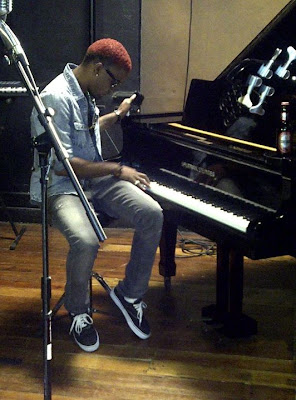 THE RIGHT NOTE: Konshens at his recent shoot in Trinidad.
Weeks away from the arrival of his solo debut studio album, Mental Maintenance, dancehall heavy-hitter Konshens is ratcheting up the anticipation with a slew of TV projects – and a surprising image upgrade. Earlier this week, the entertainer – who has dyed his hair an eye-catching shade of red – flew to Trinidad to shoot the latest commercial for Mackeson Stout, a brand he has been endorsing as a paid spokesman since 2010.Konshens, who marks his 27th birthday this Wednesday, is also lending his star power to the Ministry of Health’s newest safe-sex awareness campaign, appearing in the 30-second advert which has been airing on local stations and voicing the campaign’s catchy theme song.By all appearances, the dancehall star’s visibility and promotional blitz is progressing smoothly as the countdown to his album release intensifies. Mental Maintenance arrives in stores and via online outlets on Feb. 28. 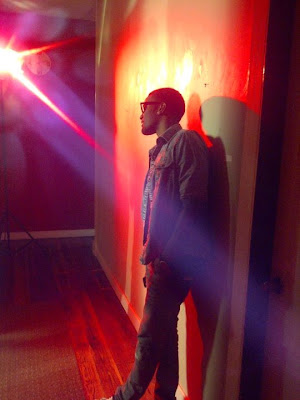 SPOTLIGHT: Konshens on the set of the latest Mackeson Stout TV commercial. 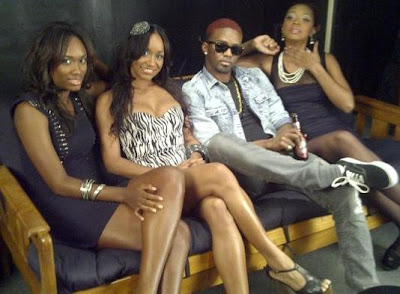