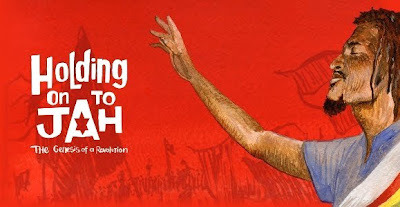 TOUR DE FORCE: The award-winning doc to be reprised next month.
There are two motives behind the exciting coming attraction dubbed the “Best of the Reggae Film Festival 2011,” scheduled for next month. First, the organizers want to acknowledge the national observations of Reggae Month. Second, it will give those who missed last year’s remarkable crop of entries to enjoy the award-winning highlights. Come Feb. 18, the movie garden of the Red Bones Blues Café, St. Andrew, will serve as the venue. Among the variety of gems set to grace the screen are the feature film Rocksteady – the Movie (Best International Feature), starring Cedric Sanders and David ‘Steel Pulse’ Hinds, and the Rastafarian documentary Holding On To JAH, which took home the Special Honour Award – Documentary. A special feature of the evening will be the screening of a trio of Jamaican shorts, including a new episode of the Dutty Bwoy animated series by Reinardo ‘Mental’ Chung, last year’s winner of the Digicel Animation Award. Attendees can also expect to take in the three winning entries from the RBC Make A Film in 24 Hours competition.