YENDI Exclusive: Women in power, loving herself, and life after Asafa 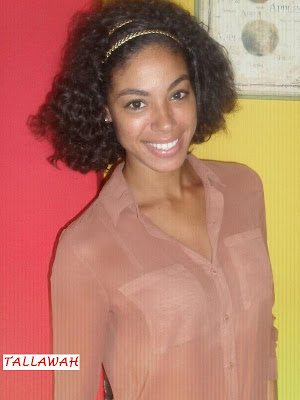 ON MY OWN: Yendi opens up about her new life.
A lot is different about Yendi Phillipps these days. For instance, the 26-year-old former Miss Jamaica is plunged headlong into one of the busiest phases of her life – at the helm of her eponymous not-for-profit foundation. “Because January is Cervical Cancer Awareness Month, the month has been very active for me in terms of the foundation and getting stuff out there,” she tells TALLAWAH over a late lunch at Liguanea’s Café Blue, chicly attired in a breezy top, shorts and flats. “We just shot a 30-second PSA that I wrote and directed, which will be airing this month. I’m really excited about that and getting the message out. I still have a million things going on so the year has started out really well for me.”Then there’s her new look, one that’s decidedly less glamorous than what we’re using to getting from the whip-smart dynamo who narrowly missed out on being crowned Miss Universe 2010. Yendi is changing. “My style depends on the mood I am in the in on the day,” she confesses. “I don’t make a habit of wearing makeup everyday and being prim. Unless I am going on TV,” she adds with a chuckle. This new Yendi, single and supremely career-driven, is lending new meaning to the notion of embracing change. All around, she appears poised for full-fledged womanhood. “The work I am doing and the relationships I have with corporate partners continue to grow and get stronger, which is great.”Miss Phillipps has much, much more on the mind. So naturally, TALLAWAH wasted little time in firing a barrage of questions her way:TALLAWAH: Congrats on the nomination for Celebrity Role Model for the upcoming Youth View Awards. What do you make of the recognition?Yendi: I was nominated and won that award last year. So to be nominated again speaks volumes, and I really appreciate the fact that I am considered for the award again. It makes me really happy. And because it’s the voice of the young people, it makes me feel like I am on the right track.Speaking of youth, Lisa Hanna is Jamaica’s latest Youth and Culture minister. What do you think of her appointment?I think Lisa will be an amazing minister. I think she has the country’s best interest at heart. For my generation coming up, she was the people’s queen, so we hold her in high esteem, and I think that she will perform exceedingly well. I remember being in awe of her. I wouldn’t say that she definitely influenced me per se, but I remember being in awe of her absolutely.In general, we are seeing women increasingly ascend to positions of power – and not just in Jamaica.I think we have come a far way. Gone are the days when women can feel as though we are not equal. There still are issues to be addressed, but I think that we have come such a far way that we have female CEOs, female directors and leaders in the business sector, politics. We have come a far way, and I do feel like we are in a good place in society, especially in Jamaica.Are you thrilled about this year’s Jamaica 50 celebrations?“I have mixed emotions about Jamaica 50. I think it’s amazing that Jamaica, as small as we are, can celebrate 50 years of Independence, and I am really glad to be here to experience it and feel that sense of pride. But I find that we still have so much more work left to be done. For an independent nation we have a lot of T’s to cross and I’s to dot, and I feel that people should be lost in the celebrations of Jamaica 50, but I also feel that everybody should be making plans for the next 50 years. What will we celebrate at 100? For me, I feel like we are just making waves, you know. And I hope we don’t get a sense of complacency just because we have reached a milestone. I really hope there are plans for the next 50 years which will be passed on from government to government.” 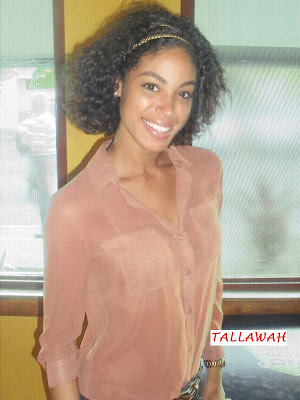 Let’s get personal for a minute. Your storybook romance with track star Asafa Powell is no more. What are you willing to reveal about the breakup?We have not been together for a year now. As a woman, I hold certain values and standards for myself. I feel like I was raised by a man who is of exemplary character. And as such I hold certain values and standards, and because of that I just felt as though things had to go a different direction [with me and Asafa]. I felt it was for the best.So no hard feelings. It was an amicable split.We are friends, but nothing more. I don’t like excitement.Are you dating now?Right now I’m just focusing on me and the Yendi Foundation.Career-wise, is there anything else you still want to do?I have something coming up that I’m most excited about because it takes me back to my dancing past. A lot of people might not know that my first degree is actually in dance, so I’m a dancer first before anything else.You’ll be 27 this year. How do you feel about the woman you’ve become?I feel like I am in a great place. I feel like I am the most balanced I’ve ever been in my life. I feel like I’ve reconnected to myself. I feel like I am in touch with my Creator a little more, and as a result I feel empowered. I feel like a lot of great things are happening, and it’s because I have set priorities and have everything in order.