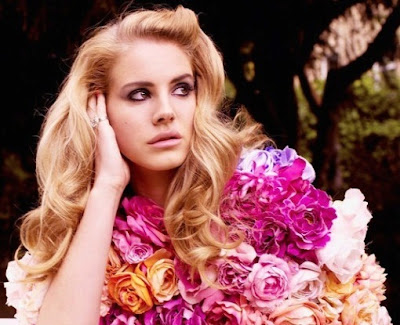 FLOWER POWER: The young singer-songwriter inspires awe and curiosity.
The past couple of weeks have been terribly fraught with controversy for ascendant singer-songwriter Lana Del Rey, who just put out her major-label debut solo album, Born To Die (Interscope Records). The 25-year-old sensation, known for her hauntingly retro songs steeped in blues and old Hollywood glam, continues to be raked over the coals and her artistic integrity seriously questioned in the wake of a rather unflattering performance on Saturday Night Live in mid-January. There are those who have dubbed the performance one of the worst musical outings in SNL history.As history has shown, the backlash over a floppy public display (and the subsequent haterade) can completely destroy the average fledgling career. Fortunately for the New York-bred Del Rey, she is no average artist.Not to belabour the point, but I watched that SNL stint by Del Rey (born Elizabeth Grant), and while it was indeed a poor reflection of her gifts, it would be wholly unfortunate were that single misstep to deter people from paying attention to her new album, which for the record, is an exceptional effort.If you crossed the sad-soul persona of a Nancy Sinatra with the haunting angst of Norah Jones, the result would probably be Lana Del Rey, who like the aforementioned icons, makes music that acknowledges the melancholia within all of us, while speaking highly of her prodigious penchant for wicked melody, Americana, and wink-winks to a vanished era in Hollywood imagination.Laden with sad-core pop, indie rock, and slight hints of hip-hop, Born To Die is a mashup of 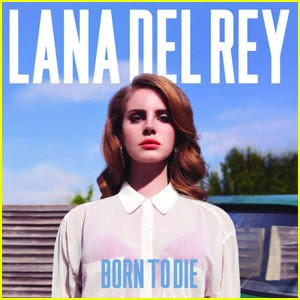 alternative genres that take on such soporific themes as despair, yearning, emotional freedom and the ubiquitous appeal of youthfulness in a world obsessed with the young. Throughout, Del Rey’s bewitching voice, full of intrigue and mystery, is inescapably mesmeric. In short, this girl’s music has real magnetic pull.Take for instance, the morbid-learning title track, a gorgeous, ghostly blend of love and longing, complete with slices of dubstep and soaring instrumentation. And don’t even get me started on the accompanying music video – a spectacle of young love, wild abandon, and doom – that is beautifully well-made. Del Rey’s most popular singles, the viral sensation “Video Games” and its follow-up “Blue Jeans,” both find the singer musing on the idiosyncrasies of intimate relationships and the dual acts of finding and losing love. But even when the lyrics dip into superficiality, as they sometimes do (see also “National Anthem”, “Lolita”), when they roll off her tongue, they are decidedly magical.As it happens, Born To Die (largely self-penned and largely produced by Emile Haynie) is brimming with highlights. To wit, at 12 tracks the entire thing is wonderfully listenable – which is no easy feat, mark you, in this age where mass appeal so often trumps pure artistry. From the sublime rapture of “Without You” to the plaintive gloss of “Summertime Sadness”, Del Rey holds you captive.Lana Del Rey (an amalgam of Lana Turner and Ford Del Rey) may be a lot of things, but there’s no denying the fact that the girl, who has divided audiences and critics, brings a fascinating air of mystery that dually inspires awe and curiosity. That, coupled with the seductive allure of her songs, are nothing if not positively enchanting. Tyrone's Verdict: A- DOWNLOAD: “Dark Paradise”, “Radio” and “Video Games”