FASHION IS THE GAME: Mission Catwalk brings something extra to second season 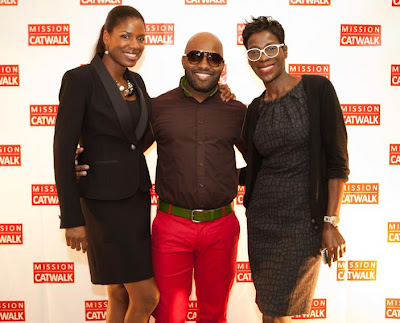 POWER OF THREE: Judges Linton-George, Brown, and McDonald-Whyte.
“Our aim at Mission Catwalk is to grow the fashion industry, not just in Jamaica, but the entire Caribbean,” says Keneea Linton-George of the hit fashion reality series that returns to TV J for its second season, starting March 20. “We want to show that a great quality production can come from the region, and to that end I must give credit to our production crew, especially Mykal Cushnie, who returns as director/editor.”Indeed, the reality series has widened its reach for 2012, returning with contestants from several Caribbean countries. The 15 designers – from Barbados, Belize, Guyana, Trinidad and Tobago and Jamaica – will compete for a range of highly coveted prizes, chief among them the chance to show a collection at London Fashion Week.Mission Catwalk, which was second only to the evening news in its 2011 debut season, will now deliver hour-long weekly episodes, which each comprises four segments: the challenge, the design production, the runway show, and the elimination.According to insiders, things get off to a dramatic start when the designers encounter a swift and ferocious first-round challenge – and five of them are subsequently eliminated. The 13-week series will culminate with a live showdown in Kingston where the champ will be selected from among three finalists.Last year’s winner, Shenna Carby, is still reaping the benefits of her Season One victory, which included the chance to show at Miami Fashion Week. This year, in addition to the opportunity to appear at London Fashion Week, the winner will receive J$500,000, courtesy of NCB, to start their clothing line – in addition to other mouth-watering prizes.Returning to join Linton-George as judges are Novia McDonald-Whyte (Lifestyle editor, Jamaica Observer) and menswear designer Carlton Brown. There will be a special guest judge each week. This season Mission Catwalk also puts focus on HIV awareness, and Dr. Sharlene Jarrett will represent the Ministry of Health on a special episode.The contestants for the 2012 season are: Jamaicans Shellane McFarlane, Gregory Williams, Crystal Powell, Kimbally Smith, Janelle Jolly, Keshon Hawthorne, Natalie Rochester and Maria King-Beadle. Kesia Estwick and Kerin Scott hail from Barbados. Ryan Chan and Shana Kwong represent Trinidad while Jeanelle Forde represents both Trinidad and Barbados. Ryan Bentley (Guyana) and Rebecca Stirm (Belize) bring the tally to 15.>> LAUNCH REPORT: Details and highlights from Season 2 launch 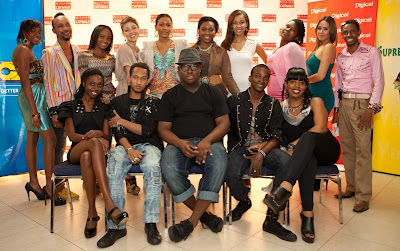 PROJECT RUNWAY: The 15 designer hopefuls to appear this season.


Posted by TALLAWAH Magazine (tallawahmagazine@gmail.com) at 12:16 am