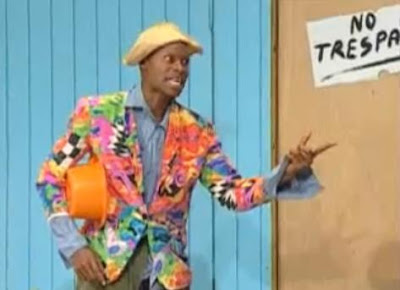 NEW IN TOWN: Ramsey in a scene from his new flick.
On the eve of the Kingston premiere of his new feature film, Shebada Comes to Town, Keith ‘Shebada’ Ramsey is telling me about his aspirations for an international movie career. The crowd-pleasing actor and comic, known for his exuberant stage performances and hysterical punchlines, strongly believes that he’s destined for the bright lights of Los Angeles. “Right now, that’s where I want to be. Hollywood,” he says, calling via telephone. “At the moment, I don’t know how I am going to get there, but I am just going to wait and see. Anything is possible.”While some will readily chalk up Ramsey’s pronouncements to the fantasy-induced ambitions of a wide-eyed dreamer, the actor makes it clear that his intentions for his future are serious and firmly grounded in reality. To wit, he has at least one co-star in mind already. “I want to work with Jet Li before him dead,” Ramsey says. “He has always been one of my favourites.” In the meantime, though, the actor is happily re-teaming with regular sidekicks Abigail Grant and Garfield ‘Bad Boy Trevor’ Reid to star in Shebada Comes to Town, a potentially humorous slice of Jamaican dramedy from prolific writer Paul Beale and the creative house of Stages Productions. Set to grace the big screen at the Stages Theatreplex in New Kingston Monday evening, the film finds Ramsey taking on a trifecta of parts. “I get to show the country more of my versatility as an actor,” he says proudly. “I play a country man, a bad man, and a dancehall queen.” 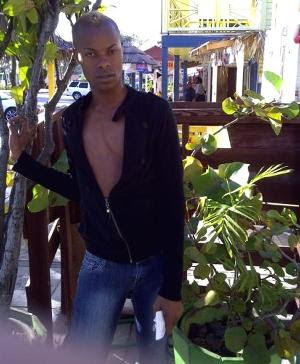 Ramsey, who currently appears on stage in The Politicians, emphasizes that when it comes to giving authentic performances, nothing is daunting for him. “Honestly, nothing is a challenge for me, regarding acting,” he tells TALLAWAH. “It’s annoying when I see people trying to act instead of just being themselves.”

Never one to shirk the spotlight or conceal his own true colours, Ramsey has been busy forging a side career as a recording artist. To date, he has released two amusing singles “Boo Boo” and “Goodie Two Shoes,” both of which he describes as controversial yet educational. With the latter, he points out, he aims to “educate women” in particular. “In writing, it’s about expressing creativity, but it’s also important that you let people see themselves in what you are talking about,” he asserts.

Asked if there is anything else he wants to do, he quickly says he’d love to rekindle his relationship with track and field. “It keeps you fit mentally, physically and emotionally,” says Ramsey (now in his late-20s), who was a star athlete back in the day. “I used to be among the elites like Asafa and Bolt, in terms of my ability. It wasn’t my intention to leave track and field for the arts, but that’s what happens when you’re talented and excellent.”As for his main purpose in life these days, Ramsey prefers to keep it simple. “I just want to help people,” he says, “through theatre and in life in general.”