MEMORY LANE: When The Spook came to Kingston 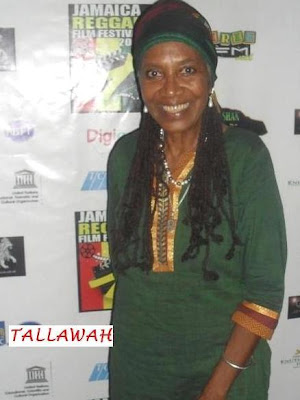 STORY TELLER: Blake-Hannah dips into the archives.
Few Jamaican icons match Barbara Blake-Hannah when it comes to sharing delightful anecdotes about Jamaica of yesteryear – especially those tales that are positively steeped in mystique and demand that you pull up a chair so that you don’t miss a single word.

During a recent interview, Blake-Hannah transported TALLAWAH back to mid-70s Kingston when she attempted to present a screening of the controversial Blaxploitation-era film The Spook Who Sat by the Door (about the first Black agent to serve in the Central Intelligence Agency) – and the incredible uproar that ensued:

"The Spook Who Sat by the Door is a Black film by a Black man named Sam Greenlee, who was a member of the CIA and came out and wrote a book and made a film about it. The CIA was pissed because [the film] was so real, and they tried to block it. 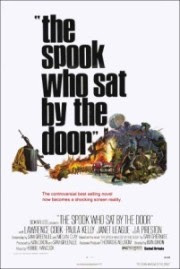 So when the film was to be shown here at the little festival at Carib in 1975, when the studio sent it we were told by that it never arrived. So the next year we decided to show it at a different venue and Sam Greenlee, the author, brought a copy himself from the States. When we got to the theatre to show it, the Minister of National Security said permission had not been granted for the film to be shown.The audience rioted and mashed up the theatre. So that was the end of Barbara’s little film festival. But I would love to get that film and show it here again. Wouldn’t that be great? It’s actually been resuscitated because a documentary was recently made about it and about how it was suppressed."
Truly intriguing stuff. In the meantime, while we wait on Blake-Hannah to make good on her promise to finally screen the film in Kingston for local cinephiles, take a look at the trailer: