ON THE RECORD: Konshens talks safe sex, new album, and why he’ll never perform at Sting 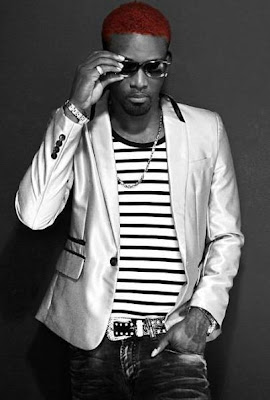 IN FOCUS: The star reflects on his newest projects.
The impending arrival of his debut solo album, Mental Maintenance, has thrust dancehall star Konshens ever deeper into the glare of the media spotlight, made all the more remarkable thanks to his television and radio appearances as the face of the newest Ministry of Health-endorsed national safe-sex initiative. TV J’s Entertainment Report recently joined the entertainer on the set of his latest music video in Kingston to riff on all the issues currently trending in Konshens’ universe. “Right now the focus is on the album,” he said. “The 28th of February. This is the first worldwide album for me.”On his safe-sex campaign with the Ministry of Health:“The Ministry of Health ad is something I’m proud of because you know that the youths dem ah have sex, whole heap of the youth dem ah have sex. So the condom and the stressing of the safe sex is very important. So I’m proud to be a part of that.”On giving singles the video treatment:“You can’t get up and shoot every song that’s deserving of a video, you have to shoot what the people gravitate towards.”On his recurrent absence from the Sting lineup:“I wasn’t asked, but I don’t think I would do Sting because Sting is a movie, and I am not an actor. Mi ah artiste. So mi nuh really inna the acting thing.”On the matter of entourage vs. team:“Everybody inna my team have a purpose, so I wouldn’t say it’s an entourage. It’s a team. No man is an island… so you balance the workload and know that everybody ah eat ah food and everybody alright.”