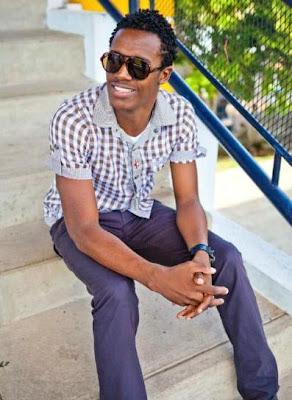 FRAME OF MIND: Virgo now working on second studio album.
These days, few reggae stars are going as hard as Romain Virgo, who seems intent on cementing his next-big-thing status. In addition to television appearances, an upcoming video for his cover of Adele’s “Don’t You Remember?” and a performance at last month’s Rebel Salute that people are still talking about, the singer – who blew out 22 candles last Tuesday – is finalizing work on his keenly awaited sophomore effort, System, due out in May. In the latest Teen Spirit, Virgo explains that the album focuses on his transition to the big leagues while projecting his newfound maturity that could only have come with experience. While also showing more of his personal side, the album, says Virgo, dually marks a considerable step up from his 2010 self-titled debut. At least one collaborator has already been confirmed for the project: dancehall hotshot Busy Signal, who lends a verse on one of the love songs.On balancing work and a relationship with his current sweetheart, Virgo reveals, “Music will always be first, but she supports me 100 per cent.” He further notes that while he’s driving and listening to a rhythm, she would write down the lyrics he’d sing in case he doesn’t remember them later on. How sweet. “I really enjoy [music]; it’s not work-work,” explains Virgo. “It’s like fun; it’s like playing some football.”

Posted by TALLAWAH Magazine (tallawahmagazine@gmail.com) at 1:06 am