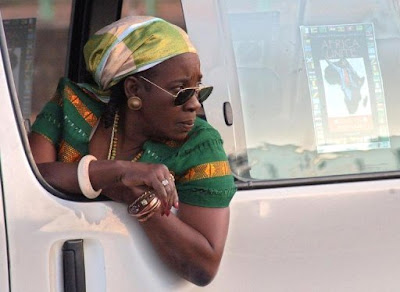 LOOKING BACK: "We never fought about women," explains Rita Marley in new film about Bob's life.
Decades after his death, Bob Marley’s life story continues to captivate people across the planet. This past Monday, a much-hyped documentary tracing Marley’s ascent to global phenomenon came in for an overwhelmingly warm reception, according to reports, following its premiere at the 2012 Berlin International Film Festival in Germany.Simply titled Marley, the film, by Oscar- winning director Kevin Macdonald (The Last King of Scotland), clocks in at two-and-half-hours as it pays tribute to the reggae icon, tracking his journey from adolescence to musical superstardom in adulthood. “For me, Bob is really one of the greatest cultural figures of 20th century. I don't think anyone in popular music has had the same lasting impact that he has,” Macdonald, 44, told reporters after the screening. “Anywhere you go in the world, you find his image, his music, his wisdom -- literally anywhere you go. So it's nice to be a small part of that and hopefully to bring to people around the world a sense of who this man was as a human being, not just as the legend, not just as the great icon.”Rita, Marley’s widow and backup singer, speaks affectionately about Marley in the film. In one scene she describes how she would dispense with groupies from Bob’s dressing room when he needed time to unwind with a spliff and his guitar. “We never fought about women,” Rita says.Marley features about 50 of Bob’s songs, including rare early recordings and electrifying concert performances with his band, The Wailers. Bunny Wailer, one of the band’s few surviving members, also makes an appearance. 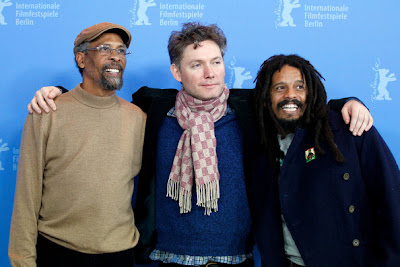