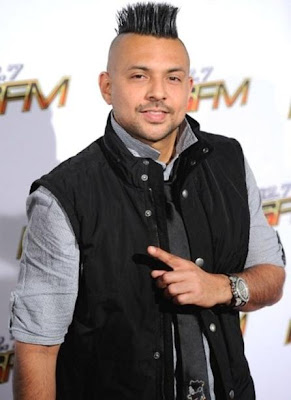 ONE AND ONLY: The star drops long-awaited fifth album.
Weeks before the official release of his hotly anticipated new studio LP, Sean Paul was quoted in repeated articles as emphasizing that the album, his fifth, would signal a sort of departure for him creatively. “I’m broadening my artistry,” he told Reuters earlier this year.On Tomahawk Technique, while one can readily pinpoint traces of the old Sean Paul (circa 2003’s Dutty Rock), the star makes it abundantly clear that he is now busy exploring new dimensions of his musical persona. The look and feel of the album cover in particular (depicting a graffiti-enhanced image of the artiste) suggests that this is Sean Paul 2.0, a man in the throes of some kind of artistic rebirth.Over the course of a recording career marked by a meteoric rise from fledgling talent on the Jamaican dancehall circuit to Billboard-topping, Grammy-winning superstar, Paul has been known to meld audacious dancehall riddims with a pop-dance club flair while exploring an affinity for women and the good life. 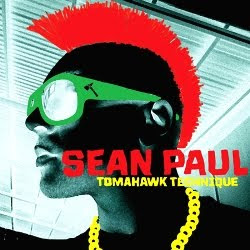 As for the music here, it’s decidedly and relentlessly upbeat for the most part, fully embracing the du jour international sound being popularized by the likes of David Guetta. Although the writing presents nothing immediately revelatory, Paul manages to buoy the record with his trademark exuberance and lyrical agility. In the end, it’s a solid 12-track concoction of electro-pop and hip-hop fused with club-ready sizzlers and hints of dancehall.

Best among the lot is the Stargate-produced “Got 2 Luv U,” driven by a slick bassline and an insanely catchy hook supplied by the talented American singer Alexis Jordan. Stargate contributes yet another winner in the Kelly Rowland-assisted “How Deep Is Your Love,” where Paul explores familiar themes of romance and intimacy. It’s a theme that’s sustained through cuts with titles that speak for themselves: “Put It On You,” “Body,” and the Benny Blanco-produced “She Doesn’t Mind.”Tomahawk Technique, in spite of its shortcomings, represents a bold new step in Sean Paul’s evolution as a creative artist. And the diehards who choose to remain loyal, as well as new fans, are in for a spry, mercurial ride. Tyrone’s Verdict: BDOWNLOAD: The tender-hearted “Dream Girl”; the life-affirming “Hold On”; and the club banger “Got 2 Luv U”