THE CASTLE OF MY SKIN: Race and class collide in Melanie Schwapp's Dew Angels 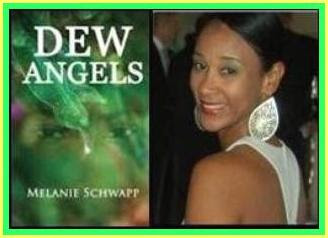 ABOUT A GIRL: Schwapp's fiction debut earns kudos.
Out promoting her widely praised debut novel, Dew Angels, author Melanie Schwapp recently sat down with Judith Falloon-Reid for a taping of the new arts-based series Shelf Life, which airs weekly on Flow TV.Populated with lovingly crafted characters and scenarios that ring true for Jamaicans everywhere, Schwapp's laudable novel tackles such weighty themes as prejudice, fractured family relationships and domestic abuse in spinning the tale of Nola, a young dark-skinned Jamaican girl who must learn to love herself even in the face of full-on discrimination.With her lyrical voice, Schwapp succeeds most in shining a light on troubling issues (class, self-esteem, race) that don’t get sufficient attention in our contemporary fiction. Evidently, the range of widespread misconceptions associated with skin colour, for example, is something Schwapp feels strongly about. “There are a lot of Jamaicans who still have a problem accepting their skin colour for what it is,” Schwapp reports during her hearty discussion with Falloon-Reid. “This is why we have such a problem with bleaching across the island.”It’s the thorough examination of such bulls-eye observations that makes Schwapp's novel a worthwhile option for those currently in the market for a good read. Universally relevant but distinctly Jamaican, Dew Angels is an involving and insightful book that deserves attention.[Catch all-new episodes of Shelf Life on Flow TV, Tuesdays at 6:30 pm. Melanie Schwapp's Dew Angels is available via bookstores and Amazon.com.]