SHE’S ALL THAT: In her prime, actress Nadean Rawlins is on a ‘role’ 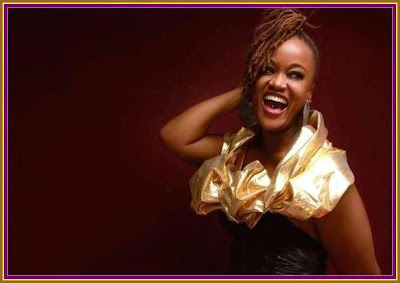 GOLDEN RULE: "It's like magic," Rawlins says of being a performer.
Just like a certain three-time Oscar winner, Nadean Rawlins is up for awards year after year – but the novelty of the experience has still not worn off. By her own admission, Rawlins’ continuing success as one of the finest Jamaican actresses of this generation has more to do with her natural gifts than any other possible factor. “I know it sounds clichéd, but it is so humbling because what I have is a God-given talent, it’s not like I’m tryin’ a ting. It’s so innate that when I go on the stage I just explode into this magic,” says the seasoned actress, who is up for a pair of Actor Boy awards Monday – for her mesmerizing lead in Not About Eve and her fiery supporting role in Where Is My Father? “So to get these [Actor Boy] nominations now, even though it has happened so many times before, it feels like the first time.” Indeed.Given that Rawlins has all but conquered the realm of theatre, is there another area of the arts she is longing to take on next? “I always wanted to be a dancer,” she tells TALLAWAH over the phone. “When I was in primary school I took dancing lessons and I started to learn dance techniques. But the dance teacher that I had recognized that there was something else in terms of my expression when I performed; she thought it was extraordinary. So I did speech and then I did drama. So I dove more into that part of it and pushed dance aside. But now I would really love to dance.”That aside, if there’s one thing that’s incredibly important to Rawlins it’s passing on her knowledge to the imminent generation of actors. “I’ve been thinking of going back to my alma mater [Merl Grove High] next summer, because that’s where I got my first award. I won Best Actress at the Secondary Schools’ Drama Festival,” she reveals. “I know that right now they are trying to revamp their drama club. So I’m thinking of discussing with them the idea of doing a summer programme with schools, starting with Merl Grove, and see where I can take it from there. Because judging Tallawah, I find that young people out there are really hungry and thirsty for theatre, and I want to see what I can do to help.”As for her next acting role, Rawlins (who has newly acquired a taste for tweeting and British Hello magazine) says there is nothing on the horizon at the moment. “Nothing in the pipeline right now, but I hope somebody will give me a call,” she says with a laugh, adding that Where Is My Father? continues at the Little Little Theatre until the end of April, before the cast flies out for an overseas tour.