AS I AM: Pariah is a heartfelt account of sexuality and self-discovery 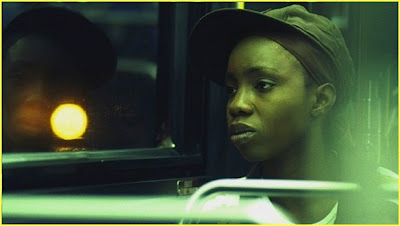 LIFE QUEST: Nigerian-born Oduye in a scene from the acclaimed film.
If nothing else, Pariah deserves kudos for its sincere depiction of the frustration and pain often attendant to the experience of coming into one’s own as a homosexual. In chronicling the story of 17-year-old lesbian Alike Freeman, the urban drama (a hit at Sundance) takes emotional turns even as it makes wise observations about sexuality, Black family dynamics, and what it means to be young, gifted and gay.As we are introduced to the soulful Brooklyn tomboy (Adepero Oduye in a star-making turn), she is on a journey of self-discovery (she wants to become a writer) and sexual awakening (she has an attraction for sassy chicks) while struggling with the fear of being rejected should she come out to her folks (stern Christian mother and an indifferent detective father). A bond with a more experienced friend helps to somewhat lighten the burden, but it is ultimately up to Alike to rise above her naiveté on the road to becoming a woman in full.A poignant and important coming-of-age/coming-out tale, sensitively written and directed by newcomer Dee Rees, Pariah is bound to draw comparisons to such predecessors as Boys Don’t Cry, but where that Oscar-winning Hilary Swank vehicle was roguish and occasionally given to graphic violence, Pariah is laden with sympathy, optimism, and ultimately wised-up sensibilities centred on finding the freedom to be oneself.