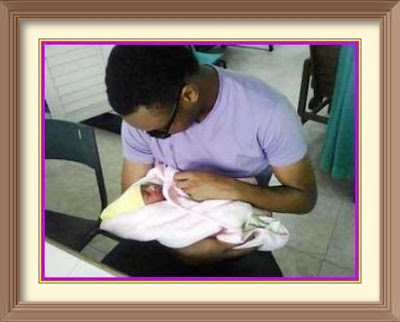 PRECIOUS GIFT: The star cradles his newborn daughter.
As he journeys deeper into adulthood, singer Nathaniel ‘Natel’ Hewitt is taking on his most fascinating role yet: parenting.On April 14, Natel welcomed his first child, an adorable baby girl named Sahai, into the world. And not surprisingly, the proud papa has been over the moon ever since. “It's a great feeling,” he tells The Star. “My father told me before she was born that this is a real blessing. She probably is gonna be a new superstar in the family, so I give thanks. I love kids so this is the cherry on top.”Motivated to toil even more diligently to take his career to new heights, Natel admits that these days 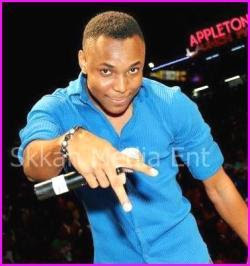 he’s stepping into overdrive. “Everything has changed, my energy has changed. I can't sleep; I just want to work,” reveals the singer, who put out a superb mixtape, Miles Away, in February. “I've never worked so hard before. The business part of me tun up. I love music, so now I'm stepping it up business-wise. Me and my management team are putting things together.”Meanwhile, in addition to an upcoming appearance on Layers of Soul and releasing brand-new singles, Natel says a host of music videos are on the way. “I'm going to be shooting videos for [my] two new singles soon, but in the meantime, the fans can look out for me all over Jamaica. I'm also putting things together for the overseas market,” he says.As for his new life, the 24-year-old emphasizes that he’s evolved into a more grown-up version of his talented self. “I'm more mature now,” he observes. “I feel like I'm ready.”Follow Natel on Twitter: @natelmusic.