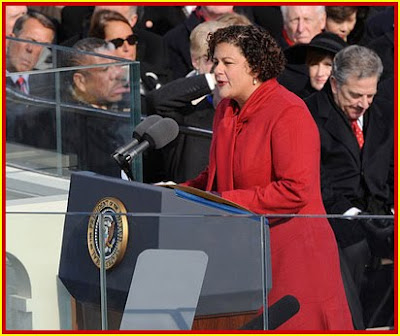 GRAND AFFAIR: Alexander reads "Praise song for the Day" at Obama's 2009 inauguration in Washington.
Elizabeth Alexander, the American poetess who held the world’s attention for a short while on President Barack Obama’s Inauguration Day back in January 2009, is among the confirmed headliners for this year’s Calabash Literary Festival in Treasure Beach next month.Alexander (American Sublime), who was Obama’s choice to compose and read a poem on the occasion of his swearing-in, joins such acclaimed prize-winners as Nigeria’s Chimamanda Ngozi Adichie (Half of a Yellow Sun) and Jamaica’s own Olive Senior – who released her first-ever novel, Dancing Lessons, earlier this year – as the big gets for the grand return of Calabash. As it happens, this will also mark Alexander’s second appearance at Calabash as she previously graced the stage back in 2007.In addition to the above-mentioned writers, festivalgoers can also expect presentations from the likes of novelist Maaza Mengiste (Ethiopia), poet Carolyn Forche (US), and the award-winning sisters Sadie and Melissa Jones from the United Kingdom. Orlando Patterson’s seminal work The Children of Sisyphus will also be celebrated. More names, as well as the full schedule of activities, will be made public in the coming weeks.Endorsed by the Jamaica Tourist Board as one of the key Jamaica 50 calendar events, Calabash 2012 (Jubilation!) is slated for the Labour Day weekend of May 25-27 at its customary seaside haunt of Jake’s. 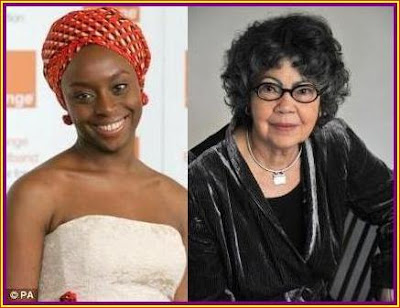