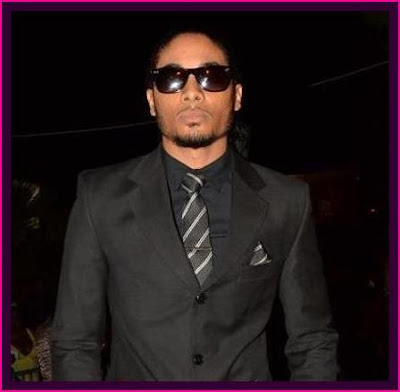 MAN IN BLACK: Talking movies with Byfield.
Fresh from copping Best Film at the Lignum Vitae Film Festival (hosted by the Northern Caribbean University in Manchester) on Wednesday, burgeoning filmmaker Chris Byfield now turns his attention to next week’s Reggae Film Festival, where his passion project Red Amber Green will be vying for more accolades. He takes a timeout to talk about the five movies that have left a lasting impression on him:Belly (1998)“l love the fusion of Jamaican and American culture, and the performances by DMX, who is such a very hardcore rapper, and Nas, who is very lyrical. It was a wicked combination.”Baby Boy (2001)“This is my favourite film. I have a real connection to the Westside, LA, rap culture, where people like Snoop Dogg comes from. I like Snoop Dogg, and I like his persona. How they go about doing things [in the West] is different from the rest of American culture, but I like it.”

Pulp Fiction (1994)“It’s not a normal gun movie. I mean [one of the characters] recites a Bible verse before he murders his victims. And it’s like two different stories in the one film. I love it.”Napoleon Dynamite (2004)“It’s just different, and today I don’t think anyone has come near to imitating the story and the whole nerd vibe.”Desert Flower (2009)“It’s very emotional, but I like how they tell the story. It’s not clichéd, sometimes they hit you with a bang, and the story just changes. There are so many emotions in it. It’s very powerful.”