GIRL OF THE MOMENT: Crowd-pleaser Risanne Martin has our full attention 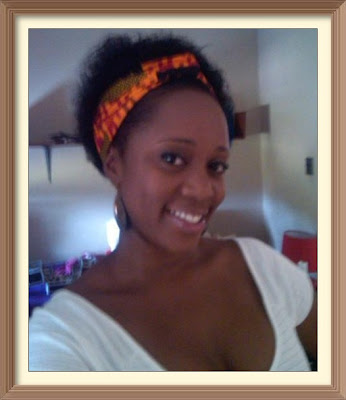 FACE VALUE: Martin is ready for her close-up.
Fresh from her bravura turn in Lynn Nottage’s Ruined at the School of Drama, lavishly talented Trini-Jamaican actress Risanne Martin opens up to TALLAWAH about taking on the role of a lifetime, the sexual abuse women face across the globe, and what the future holds for her.In Ruined, you portray the no-nonsense heroine Mama Nadi. Over the course of preparing to take on this complex role, what did you discover that you had in common with the character – and how did that help to shape the performance you gave?Mama Nadi's resilience and her somewhat rough exterior I discovered are the two main things I had in common with the character. These helped to shape my performance in a major way, as I consistently, up until final show, worked on improving her physical appearance [and things like] her habits, gestures and tone.Ruined deals with unsettling issues like sexual abuse and abuse of power. What surprised you most about the nature of the experiences Congolese women endured at the height of the civil war – and even beyond?It took a few weeks for me to accept, understand and deal with the reality of the sexual abuse real women endure whether in the Congo or within the Caribbean. It made me reflect on my own experiences where I felt sexually violated and this created a pain and sadness in me, I used this feeling to push the character's objectives. I felt that if I successfully portrayed this character I’d have an opportunity to spread awareness and put focus on a topic that is not being discussed enough within schools and households: sexual violence.In your own words, why do you act? Who are the actors you most admire?For the past couple of years I have been directing short plays and teaching drama to high school students both in Jamaica and in Trinidad. So when I was invited to audition for this role, I was more than hesitant. My confidence wavered even after the audition, as Mama Nadi's strength, charisma and boldness highlighted my own insecurities. Director Eugene Williams' approach to the development of my character was very straightforward as he pushed most of my childish and girly characteristics out of me and helped me to find a resilient power. I am involved in theatre because it teaches humility, empathy and unearths this divine feeling of accomplishment throughout a never ending process. Actors that I admire? Well other than myself (Laughs), Meryl Streep definitely. She is consistent and dynamic. Local actors Sakina, Dahlia Harris, Michael Nicholson, Shayne Powell, and Oliver Samuels. The list is never ending. 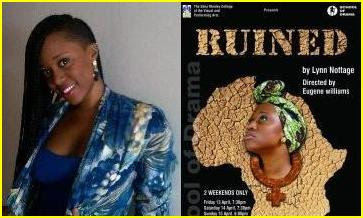 What was it like growing up in Trinidad – and what do you find fascinating about Jamaica?Growing up in my household, hard work was the order of the day. My mother, a teacher, and my father, a marine surveyor, both supported my decision to study Drama, and to take my work to Jamaica. I am addicted to Jamaican culture; it is so rich and true. The theatre fraternity here judge you based on the work that you do, and it matters not where you are coming from. Rich, poor, white, black, foreigner or local, your work speaks for you, and I find that very encouraging.You recently celebrated your 26th birthday. Are you proud of the woman you've become?(Laughs) I am amazed everyday at who I am, the ideas I develop and the plans that I make for my future. This role could not have come at a better time; I am in the final semester of my [Masters] in Cultural Studies programme at UWI, and the process of this production has helped me to manage time much better.So what's your personal creed?My personal creed. Hmmmmm. To live and enjoy life day by day. Taking everything one step at a time surely simplifies things.>> STAGE REVIEW: Ruined is an emotional tour-de-force