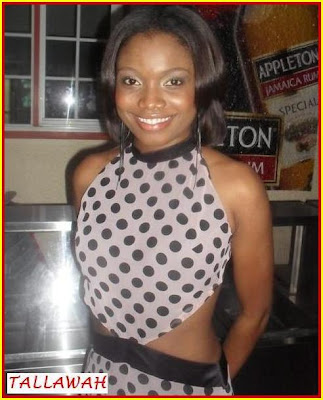 POISE AND PROMISE: “I’m doing exactly what I want to do now with my life,” dishes Williams.
At a time when Jamaican TV execs are working overtime to woo young viewers away from the clutches of cable, no one realizes the incredible potential of a teen drama series like Kingston House more than its creators and cast – including breakout actress Lisa Williams, who, like the rest of us, is well anticipating the show’s return to TV J after an aborted season debut earlier this year.But what exactly is causing the hold-up? “We had a wonderful debut and everybody was ecstatic and looking forward to seeing the next episode. However, because of circumstances that we genuinely cannot control, and based on what the producer is saying, it’s taking a bit of time to get sponsors on board,” explains Williams, who plays the livewire ghetto chick Veronica on the series that follows a group of angst-ridden teenagers in the city. “But apart from that we are hoping to do more episodes, and I heard that we will be shooting again in August.”In addition to providing a refreshing mixture of humour and drama for its predominantly under-25 audience, Kingston House is also poised to serve as a terrific vehicle for its cast of emerging under-25 talent – and a probable launching pad for some. Williams heartily concurs. “It’s interesting because I first shot Kingston House around this time last year, and a lot can happen in a year. You get to develop more as an actress,” she says. “So doing Basil Dawkins’ Where Is My Father? now, and looking back at what I have done already as an actress, I can bring so much more to the table in terms of the characters I am playing. So everything happens for a reason.”As far as her career is concerned, Williams is building quite an impressive resume, highlighted no doubt by her stint last year as a Miss Jamaica World finalist, her starring roles in Ghett’a Life and Not About Eve, and her commercial TV and billboard appearances for such brands as Digicel. “I’m just hoping to get more work. I am enjoying the experience of Where Is My Father?; I’m doing exactly what I want now with my life,” says the Glenmuir alum and UWI Mona grad. “When I was much younger, like in high school, I said my dream job would be to work in the media and hopefully have a show here and there on film, and be lucky enough to do plays. And I am doing exactly that.”Williams plans to keep “doing,” perhaps spreading her wings into other creative realms like “dancing and singing, because I started doing that from high school and I am still in love with it,” she confesses. “I am at peace, and I am just so happy with everything. I am so thankful. I’m just grateful for all of the opportunities.”