MAN OF THE MOMENT: Singer-songwriter Da’Ville is back in stride 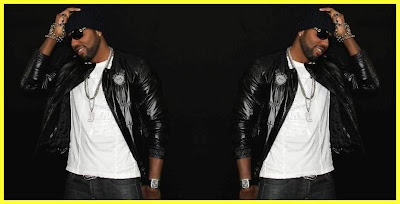 SEEING DOUBLE: "I feel re-energized and refocused."
Da’Ville was gone for a minute, but now he’s back with the jumpoff. And as he gets reacquainted with his loyal following, the seasoned crooner is determined to reclaim his place in the pantheon of reggae-pop entertainers who matter – just as if he’d never left. At the same time, while Da’Ville declines to elaborate on what led to his lengthy absence from the front page, he’s more eager to bring TALLAWAH up to date on his fresh game plan, which admittedly includes releasing visuals for his latest radio-ready tracks like the recently-debuted “Took A Break,” where he takes aim at his detractors, and the upcoming “You Got Di Ting” and “Your Swag,” both of which exalt a woman’s inimitable sex appeal.As it happens, this interview is taking place on a sunny Monday afternoon on the set of “You Got Di Ting” in cool upper St. Andrew. Off Jack’s Hill Road, to be precise. While we talk, the hired video vixens are somewhere close by getting primped for the shoot. “It’s just a vibe,” Da’Ville says, referring to his intention to film and release successive new videos in the coming weeks. “Now is the time that I feel re-energized, refocused. And I am just getting back into the thing and dealing with it accordingly.”

Sure to rank among the highlights of the singer’s year is the impending release of his newest album, a still-untitled effort due out May 27 via his own Fashozy Records. Alluding to the growth he’s undergone in his personal and professional lives in recent times, Da’Ville emphasizes that the record will let folks to see him in a whole new light. “The album will show the new evolved Da’Ville,” he tells me. “The songs are on different topics, of course, with different genres infused. I normally write from my experiences: love, breakup, and so on. But this time we’re also doing something in the spiritual, inspirational vibe. To inspire people. We also have something special for the woman dem, the mothers. So it varies.”Asked about the latest status of the album, he responds, “Right now we are on the final stages” noting, too, that he’s enlisted local and foreign producers for the project. “The title we are yet to finalize, but I’m sure that within the next couple of days we should make up our minds.”Like so many others who’ve been in the biz for well over a decade, Da’Ville admits that it’s difficult to single out a proudest career moment. “I’m proud of everything. The songs we’ve been able to do especially,” the hunky 34-year-old says. “I’m proud of the fact that we get the support of people internationally. And I’m just proud to know that we still deh bout and still going strong everyday.”

Posted by TALLAWAH Magazine (tallawahmagazine@gmail.com) at 1:45 am