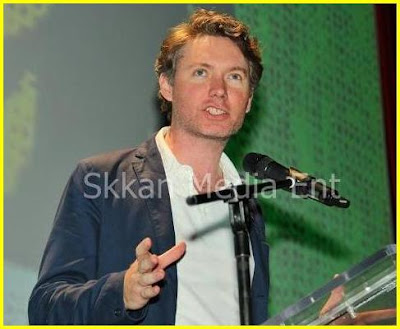 AWARD WORTHY: Is MacDonald's Marley on the path to Oscar glory?
Two things about the new Marley documentary that’s eating the world: it’s won glowing raves from critics and audiences alike – and its director is a past Academy Award winner. Sure, that’s no guarantee that Marley will find favour with the “white older men” who account for the majority of Academy voters, but given the film’s fine pedigree, irresistibly charismatic protagonist, and overwhelming acclaim, one can’t help but wonder: Can Marley go all the way come awards season?Naturally, TALLAWAH put the question to director Kevin MacDonald on the red, green and gold carpet at last Thursday’s Emancipation Park premiere. “With the Oscars, it’s like a crapshoot, you never know. There are so many reasons that things win, and it doesn’t necessarily have to do with how good they are,” explains MacDonald, whose docu One Day In September (about the murder of 11 Israeli athletes at the 1972 Munich Olympics), snagged the Oscar for Best Documentary Feature in 2000. “I think this is a good film though, and people are telling me that it is a good film. Ask the audience afterwards what they think about it (Laughs).”Over at Rottentomatoes, Marley has scored a sweet 94% rating.“That’s great. I’ve had films that have really not done well, and I can tell you one thing for sure: it feels better when they do well. (Laughs).”What were the primary highs and lows of putting the film together?“Well, it was fascinating because I got to meet lots of people, whom I’ve never ever spoken to before, about Bob. It was also infuriating because a lot of people were very hard to persuade to talk, and infuriating to get hold of all the footage and get hold of all the stills and all of that.”What’s up next?“I’m working on a feature film called How I Live Now, which is a teen romance, so it’s very, very different from this.”