THE NATURAL: Keisha Patterson still banks on her timeless appeal 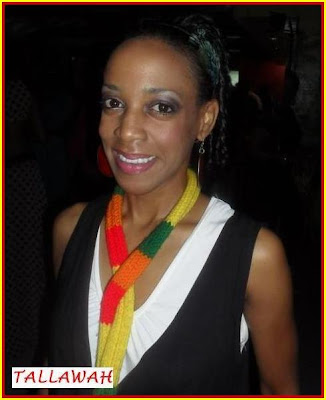 TRUE ORIGINAL: Patterson opens up about her latest role and new music.
In the life of any artist, there’s hardly a more fantastic time than the summer to really get your shine on – and Keisha Patterson knows this. So, of course, that’s precisely what the supertalented songstress and actress is gearing up to do. And after landing a starring role in Keiran King’s two-hander play Mr. & Mrs. Blacke and prepping for the release of her long-awaited new music, you expect no less.Still, it took some convincing for Patterson to finally go after – and win – the role in the upcoming marriage drama, which opens in July at UWI Mona’s Philip Sherlock Centre. “I saw the audition and it said ‘athletic,’ and I didn’t go out for it. Then someone called me and said I should go for it and I did. Then I did the callbacks, and it was cool. And I got it!,” she tells TALLAWAH at Monday’s Actor Boy Awards. “I feel great about it,” she adds with pure girlish delight.But with an oeuvre marked largely by appearances in musical productions, how does she feel about embarking on such a complex theatrical departure? “I love the challenge of it totally,” Patterson says. “It’s a great script, and I’m very excited about it.”In the meantime, on the recording side of things, the girl known for her melismatic singing chops is hard at work on a follow-up to her stellar 2008 debut Sunday Kind of Love, a jazz and reggae concoction that still thrills. “Right now I’m working on the new album, which I hope to drop this year. I hope to drop a video really soon,” says Patterson, who many of us first met during her days with Ashe. The new album, she reveals, won’t stray too far from the hypnotic formula that brought her countless fans. “It will have its roots in reggae definitely but also a pop element, a jazz element, and all the things that I love. It’s an original album, but there might one or two covers on it if something catches my ear.”With such a busy year ahead, Patterson has smartly adopted an uncomplicated outlook, even as she counts her blessings. “I just plan to keep strong and keep up my talent. I want to get back into dancing as well,” she tells me with a laugh. “I’m still on The Blackburns of Royal Palm Estate and I have the play coming out, and my album coming out, plus the videos. So there’s a lot to look forward to.”