‘PREGNANCY BACKLASH’: Get out of Yendi’s uterus! 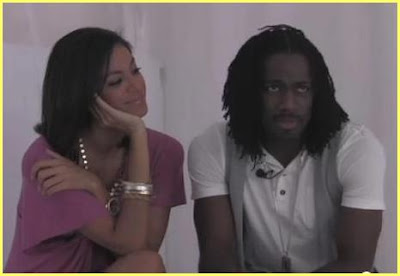 AND BABY MAKES THREE: Yendi and Chino have shown grace under fire.
With her hot man, Chino, by her side, Yendi Phillipps on Monday made it public that she is poised to bring a new life into the world. Glorious news, indeed. But not even a minute after the 26-year-old former Miss Jamaica made the celebratory announcement on her Facebook account, her pregnancy drew “outrage” and “disgust” from some, who chiefly assert that being an unwed mother is unbecoming for someone of Yendi’s standing. Pause. This coming from dozens of commenters who are in absolutely no position to pass judgement on anybody.And the dissenting talk is so rampant, it’s gone from news sites to Twitter to your favourite entertainment sites and beyond. The vicious comments have ranged from the mildly shocking to the absolutely ridiculous to the truly outrageous. Some way too vitriolic (and therefore unfit) to be re-printed on this kid-friendly magazine.Real talk. Let’s not play hypocrites here. In this modern age, there are those for whom the “institution” of matrimony holds little to no appeal. Add to that the shocking and ever-increasing divorce rates among young couples, who leapt into matrimony out of a need to please others. Marriage is not for everyone – and it’s not to be entered into lightly. According to the UK Telegraph, “couples in their 20s are the most likely group to divorce, as celebrity culture fuels a rise in so-called ‘starter marriages’ that end within five years, according to official figures.”Not a pretty picture. At all. 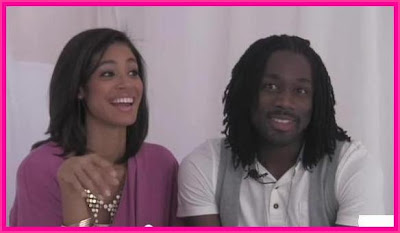 So when a crazy-in-love couple comes to the realization that a marriage certificate is not in the cards for them, is said couple automatically barred from the experience of childbirth and child-rearing?? Because if you follow some folks’ arguments that’s the sole conclusion you are left with.Sure, people are free to express their opinions about the usually interesting lives of public figures, and as Jamaicans, we just love to talk. But in the end, you don’t get to decide – and control – how a public figure lives his/her life. And enough with this “she’s-supposed-to-be-a-role-model” crap already. It’s a convenient label some people like to use in criticizing and tearing down upstanding people.And, trust me, Yendi has endured more than her fair share of the tear-down. Every time the woman makes an appearance or tries something new in the public spotlight, too many people want to chat, mostly negative commentary, about her. Yendi is a great girl, and she always means well, so I can’t help but wonder: Why won’t (some of) y'all just let Yendi and her pregnancy be great? I wish I was Yendi’s publicist because my response to some of these gossip enthusiasts would be succinct: Get a grip, and get out of Yendi's uterus.

Email ThisBlogThis!Share to TwitterShare to FacebookShare to Pinterest
Labels: Baby News, Commentary, Do I Smell a Controversy?, People Bizniz, Point of View, The Yendi File