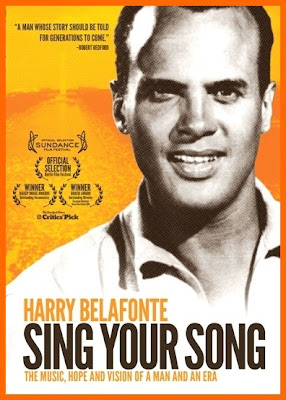 LIFE STORY: Belafonte's legendary career is at the heart of Sing Your Song.
Set to take over the Gardens of the Jamaica Pegasus in New Kingston, the 2012 Reggae Film Festival promises a week chock-full of cinematic gems, seminars and other highlights. Below, the 5 things TALLAWAH is most looking forward to at this year’s event.1. Very much like reggae king Bob Marley, the remarkable life and work of entertainment legend Harry Belafonte got the film treatment this year. On Wednesday’s opening night, festivalgoers will witness Sing Your Song, the HBO-endorsed documentary which chronicles Belafonte’s inspiring journey from humble roots to global superstardom. 2. Since its debut, Chris Byfield’s riveting short film Red Amber Green has been the subject of rave reviews and copped notable accolades, including a recent Best Film win at the 2012 Lignum Vitae Film Festival at the Northern Caribbean University in Manchester. It’s arguably among the most keenly anticipated screenings set for this year’s RFF.3. Each year, the Make-A-Film-in-24-Hours contest accounts for much of the thrill factor that makes up the Reggae Film Fest. It will be interesting to behold the creativity and minimalist storytelling captured by this year’s resourceful participants.4. One of the many elements that continues to distinguish the Reggae Film Festival is its emphasis on celebrating indigenous Jamaican filmmaking by shining the spotlight on the works of both up-and-comers and seasoned vets. This year, works by Chris Browne and Perry Henzell will share billing with efforts by such veritable rising stars as Byfield and Craig ‘Amaziyah The Great’ Kirkland.5. Perhaps in a bid to emphasize our national motto of ‘Out of Many’ – and the all-encompassing sprit of Jamaica 50 – the RFF has extended opening arms to entries from locales as remote and diverse as Iran, the UK, and the United States, thereby offering patrons a cultural kaleidoscope of features, shorts, and documentaries.