SOUL REBEL: Marley is a revealing, hugely satisfying portrait of a giant 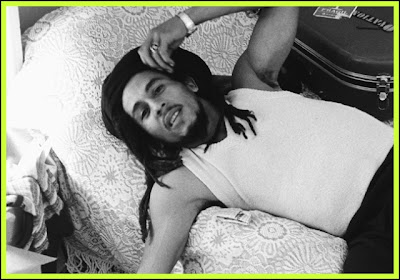 BEING BOB: New Marley docu paints a revelatory picture.
Though it's been more than 30 years since Bob Marley's death – at age 36 – at the height of his creative genius, the superstar’s music lives on. And nowhere is this more clearly idealized than in Kevin MacDonald’s wonderful documentary Marley, a clear-eyed, warts-and-all homage to the reggae giant and what he's left behind.Whether illuminating his early struggles as an impoverished biracial teen encumbered by poverty and rejection by his paternal kin, the genesis of his rootsy band, the Wailers, or his subsequent rise to solo stardom, the film never backs down from the naked truth, revealing Bob’s flaws and complexities as much as his innate gifts and genuine passion for humanity.And speaking of candour, among the film’s most eye-opening moments are sit-down interviews with the folks who knew Bob best, namely widow Rita, Bunny Wailer, Judy Mowatt and, of course, his eldest children Ziggy and Cedella. Cedella, for one, must be commended for her forthrightness on matters concerning their childhood, Bob’s numerous infidelities and the quiet impact it had on the family dynamics at the time.In addition to some sumptuous rural-Jamaican scenery, MacDonald (The Last King of Scotland, One Day in September) succeeds in adequately capturing key events that marked Bob’s lifetime. Especially noteworthy are the politically-induced gang violence that rocked the nation, Haile Selassie’s chaotic 1966 visit to Kingston, and the memorable 1978 One Love Peace concert at the National Stadium, where Bob ‘united’ rival political leaders Edward Seaga and Michael Manley. In spite of its formulaic structure, Marley is never less than engaging. In fact, the approximately 2.5 hours fly by. Throughout, Bob is a charismatic protagonist (in archival interviews and live concert performances), remarkable for the depth of his personal philosophies and unendingly captivating in the brilliantly lyrical storytelling that fuelled his songs of freedom and revolution.As anyone who knows how the Bob Marley story climaxes could expect: the film takes a heartbreaking turn towards the end as his losing battle with the Big C comes front and centre. But even as the deadly disease took possession of his body, Bob chose to remain valiant, even telling longtime friend and creative collaborator Neville Garrick at one point, “I’m going to beat this thing.” A soul rebel to the end. And that, above all else, is what the film manages to reveal most explicitly about the fallen icon. The man credited with bringing reggae to the masses, winning hearts everywhere without losing the essence of who he was destined to be (a game-changer), did it his way.Poignant and contemplative, revealing and hugely satisfying, Marley is a tuneful portrait of the man behind the music. Tyrone’s Verdict: A