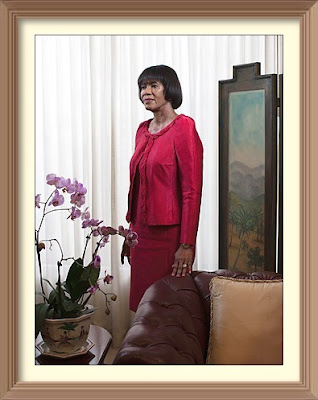 IN PROFILE: Simpson-Miller has the world's full attention.
Describing her as the “embodiment of perseverance and strength,” TIME magazine has included Jamaican Prime Minister Portia Simpson-Miller on its just-released list of the world’s most influential people, the TIME 100. Simpson-Miller’s citation was penned by Yvette D. Clarke, a Congresswoman for New York’s 11th District, who hailed the prime minister for her polarizing efforts to improve the lives of all Jamaicans. “In addition to her call this year to break with the British monarchy and make the island a republic, Portia is promoting full civil rights for gays and lesbians, a courageous move in a country with a violent history of homophobia,” Clarke wrote. “She will have a profound impact as she strives to be a transformational figure in Jamaica. While she has worked for many years as a public servant representing all Jamaicans, there is a great sense that her leadership will expand far beyond her island nation.”Clarke continues: “I can say from personal experience that her presence is already inspiring a new generation of women, particularly from the Caribbean Diaspora, to get involved in public service and to make a difference. Sister P is a woman to watch.”For her part, Simpson-Miller says the country’s youngest citizens are the ones she finds most influential. “For me, the most influential persons would be the children of Jamaica because they are the ones who will influence me most in terms of our direction and what we do [to] make the future much better for them,” she tells TIME. “And they are the future and future leaders.”Comprising leaders and revolutionaries, scientists, thinkers and entertainers, this year’s TIME 100 includes the likes of Jeremy Lin, Barack Obama, Hillary Clinton, Novak Djokovic and Adele. The TIME 100 gala is set for April 24 at Lincoln Centre, New York, and will feature a performance by honoree Rihanna.

Posted by TALLAWAH Magazine (tallawahmagazine@gmail.com) at 10:35 am