YOHAN’s LAW: “I won’t cut my hair or my nails before any competition” 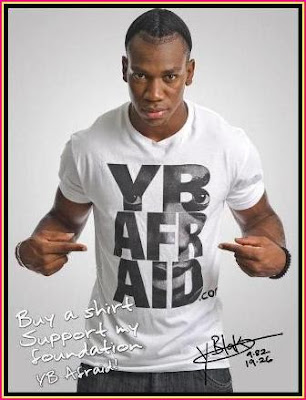 WATCH ME NOW: The track star comes clean about his 'superstitions.'
Whenever he has a big race on the horizon, there are a couple of things Yohan Blake says he flat-out refuses to do: he won’t have his hair trimmed – and he won’t cut his nails. Is the world champion sprinter just a superstitious kind of guy? Perhaps so, but it seems to suit him just fine.“People always wonder about this. My manager and coach probably give me the hardest time about it. But it is just superstition. I won’t cut my hair or my nails before any competition,” Blake reveals, responding to a round of fan-generated Facebook questions via the IAAF. “And my nails for some reason grow very fast. In just one week they need to be cut. In two weeks they look like a beast! I can’t even remember why or when I started doing this, but I don’t think I can change now.”By the sprint star’s own admission, when you’re competing in a field as super-competitive as track-and-field, athletes tend to rely on a routine that they are comfortable with. “There are many things we athletes do to manage the pressures and intensity of competition. Some of them just don’t make any sense, but we have to do whatever makes us feel comfortable or we won’t be able to perform to our fullest potential,” says Blake, who has a packed schedule leading up to the London Olympic Games this summer. “Soon after a race, whenever I can get my hands on a nail clipper, I look pretty normal again.”

Email ThisBlogThis!Share to TwitterShare to FacebookShare to Pinterest
Labels: Eye on London, London Olympics, Ones To Watch, Sports