ZIGGY MARLEY: ‘This is the final word on Bob’ 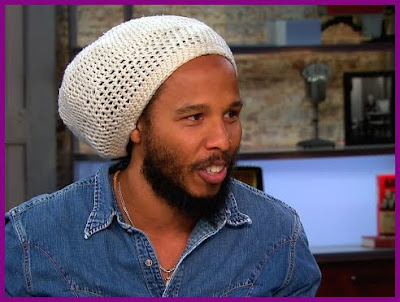 FRESH PERSPECTIVE: Ziggy says new film Marley is The One.
Countless stories have been told in countless formats, including film, about the life of reggae legend Bob Marley, but the newest project, Marley, which aims to vividly illuminate the man and his global impact, is the real deal and “the final word.” So says executive producer and Gong scion Ziggy Marley who sat down for an interview with CBS News this week.

“This one, we were intimately involved with from the beginning,” Ziggy said of his family’s contribution to the acclaimed documentary helmed by Oscar winner Kevin McDonald. “Because we wanted to do something that was definitive and be like, the final word on Bob. We had to be involved in it for it to be that.”

Ziggy admittedly uncovered new things about his father’s life while working on the film, including the racial issues Bob encountered growing up in Kingston (his father, Norval, was a white Englishman) to stories of Bob rehearsing with the Wailers in a cemetery in order to get over his stage fright.The Marley family, Ziggy said, hopes viewers also come away with a deeper understanding of their late patriarch. “We want people to have an emotional connection to Bob, beyond the legend, beyond the idol. What we hope to do is bring people closer to Bob as a person and create that emotional connection.”Marley premieres in Kingston at Emancipation Park next Thursday and arrives in cinemas (and via video-on-demand) on April 20.