ZJ LIQUID: ‘There has to be balance between creative and careful’ 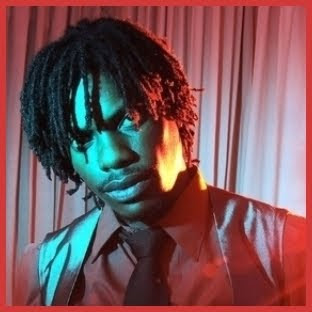 POINT OF VIEW: The radio star faces the music.
He is just returning to his day job after a lengthy suspension brought on by the on-air playing of an expletive, but ZIP jock Liquid has asserted that while he is content to toe the line, he has no intentions of stifling his creativity. “I don’t want to feel like I’m walking on eggshells every time I'm going into the studio as that can stifle one’s creativity. If I’m so focused on being careful it will definitely minimize my ability to do what I’m being paid to do, which is entertaining my audience,” explains the popular radio host, born Michael Brissett. “There has to therefore be a careful balance between being careful and creative.”With the Broadcasting Commission and other factions becoming increasingly vigilant across the media landscape, Liquid readily admits that more than ever he feels like a specimen under a microscope. “I feel that while the majority of my listeners are tuned in to hear some good juggling, there are the few who are just listening to hear which bad-word I’ll play next. It has almost become sensationalized because of my previous offences, despite them being unintentional,” he emphasizes. “People just want to hear a word that sounds close to a bad-word or a word that could be a bad-word and the phone calls, bb updates, tweets and letters to the commission starts.”In any case, Liquid, considering the road ahead, says he simply plans to keep it clean. “I understand my responsibilities and certainly wouldn’t want a recurrence of previous offences,” says the disc jock, who is currently in Dubai for a week with reggae singer Protoje. “But I am human and humans make mistakes – even in situations where we are most careful.”