BACK FOR MORE: Harris’ God’s Way returns for limited run 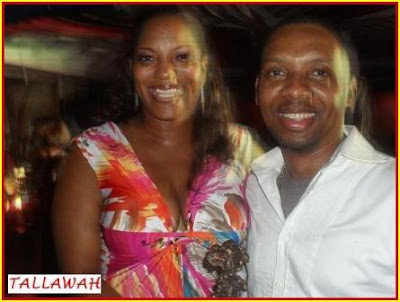 DREAM TEAM: Harris and Whyte attend April's Actor Boy Awards.
Apart from her great desire to stay busy, one of the many factors that continue to endear Dahlia Harris to theatregoers is her determination to always meet audience expectations. In response to popular demand, the writer-director-producer has decided to remount God’s Way, her powerful Christian-themed drama, which snapped up a handful of Actor Boy Awards last month.The show’s two-month run kicks off at New Kingston’s Pantry Playhouse on June 1. “We have had a lot of requests from persons who have already seen the show. However, individuals and groups who have heard about its impact make up the majority,” explains Harris. “They really want to experience it for themselves, and we are more than happy to provide that opportunity.”In addition to winning Best New Jamaican Play at the Actor Boy Awards, God’s Way was named Best Drama and Ainsley Whyte copped the supporting-actor prize. The play is among the nominees for next month's Thespies.Says Harris, “Our patrons were as pleased with the message as they were by the option the show provided in terms of entertainment. More and more they are opting for shows suitable for the entire family, and they are also becoming selective that the kinds of messages being presented are positive and inspirational. Gospel theatre not only addresses those needs but adds a spiritual element not commonly found on the commercial stage. Our aim is to sustain that presence.”For info on group bookings and benefits call 352-6180 or send an email to theatrejamaica09@yahoo.com.