POSTCARD FROM CALABASH: Famous faces in the crowd, easy-breezy fashion 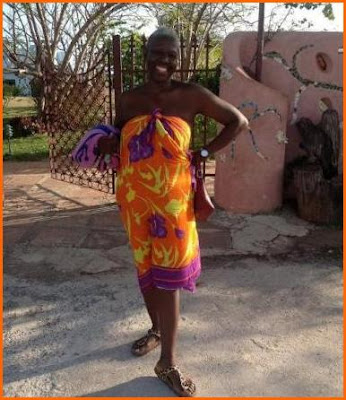 BRIGHT IDEA: Cooper at Jake's for Calabash 2012.
A finger-lickin’ feast of the spoken word, a breathtaking seaside setting, glorious (if a tad overpriced) food, effortless clothes and a marvelous sense of fellowship. What’s not to love about the Calabash Literary Festival? Toss into the mix the all-embracing spirit of Jamaica 50, and you’ve got a bonafide recipe for a good ole time. By all appearances, all of society was represented in Treasure Beach on the weekend. Looking gorgeous in white, black shades and a neat little ponytail, culture minister Lisa Hanna put in two hours on Saturday before returning to her commitments back in the city. (Was that her young son sitting beside her?). National security minister Peter Bunting was also spotted, in shorts, tee-shirt and his signature shades. The likes of Calabash regulars Douglas Orane, Prof. Mervyn Morris, Marlon James, Linton Kwesi Johnson, Storm Saulter, Nile Saulter, Jay Will, Jean Small, Aston Cooke, Fabian Thomas, Brian Heap and Dr. Carolyn Cooper (who had her hands full signing people up and later hosting the Open Mic) mixed and mingled with the first-timers, local and foreign, making for a truly massive, diverse and interesting throng....What did you wear to Calabash?...To say the very least, Jake’s was transformed into a sea of vivid and vibrant colour over the weekend. But, not surprisingly, white was a popular hue of choice: lots of breezy cotton tops (like Lisa Hanna’s) and easy, strapless and spaghetti-strapped dresses. But overall it was a colourful mix. While the men kept it basic for the most part, the stylish women were the weekend’s scene-stealers, turning heads in ankle-grazing maxi dresses, bold prints (floral, spring-ready) – some of the best looks completed with a big floppy straw hat. Call it island-vacation chic.

Posted by TALLAWAH Magazine (tallawahmagazine@gmail.com) at 7:56 am