THE END OF THE AFFAIR: No second chance for Bolt and Lubica 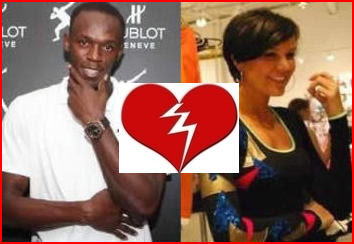 LOVE'S LABOUR'S LOST: For "Bubica" it was good while it lasted.
It’s over and done. In record time.At first it seemed that the recent broadcast of Bolt ending his (short-term) relationship with fashion It girl Lubica Slovak was a tad premature and left room for a chance of reconciliation. But now sources tell TALLAWAH that the headline-making pair has made peace with the decision to lead separate lives. In other words, they have officially called it quits. “They had hoped that they could make it work, but it just wasn’t possible,” says a source.It would appear, given the sprinter’s packed schedule that will encompass the next several months, Bolt doesn’t have the space in his brain right now to carry on a romance and stay focused on the big plans he has for the rest of the 2012 athletic season. (Both Bolt and Slovak declined to comment for this article.) “A split was inevitable,” another close friend concurs. “Being constantly apart, doing different things, was taking a toll.” 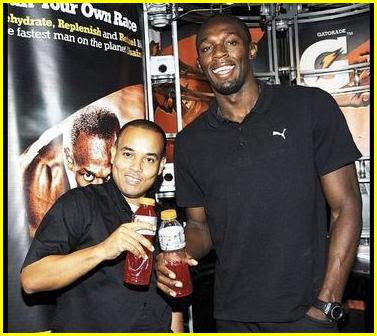 Meanwhile, if Bolt is disappointed with this latest snag in his personal life, he’s concealing it well. The star (above, with Carlo Redwood) was in high spirits a few nights ago at a special event at Tracks and Records to announce his new partnership with Gatorade.>> What’s next for the former lovebirds?Lubica, in the meantime, is moving on staying busy. In addition to fine-tuning a new collection (from her eponymous clothing line), which she plans to send down the runway at next month’s Caribbean Fashion Week, the Slovakian-born beauty is gearing up for this month’s world-premiere of her buzzworthy short film, Beyond, directed by Nile and Storm Saulter.A fresh bulletin from Dr. Bolt’s team gives an outline of the sprinter’s pre-London performances, including confirmed appearances in Ostrava (May 25), Rome (May 31) and Oslo (June 7).