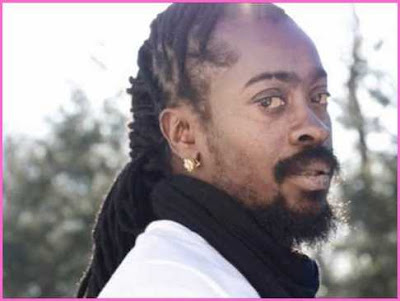 TOUGH TALK: The dancehall vet has a lot on his mind.
We can always count on the good Doctor Beenie Man for a healthy sound byte.In the wake of the backlash over that popular video message he recently posted on YouTube aimed at the international gay community, Beenie made a guest appearance on E-Prime to clear up a few things – and set the record, ahem, straight.Above all else, there were two major points, Moses sought to make abundantly clear: (1) the video message was not an apology AND (2) he’s not a homo.Over to you now, Doc:“I never said I’m sorry. I said, Do not have us up for something that we did 20 years ago because nobody is who they are from 20 years ago. Everybody becomes man and grow up and big woman and grow up. I said this and Bounty Killer is on tour now. He has not been on tour for six years. He’s on tour because of what I said. I am the king of the dancehall. If them chop off the head of the snake, dancehall done.“I nuh sell drugs. I nuh sell gun. I sell music. I am not gay. I do not love man, but I do not hate people regardless of what you do. I love people and I sing for people, and people come out and support. So anybody who waan seh weh dem waan seh, seh weh unoo waan seh. Mi done seh weh mi seh already. But I did not apologize for nothing. Dancehall music free up now. (Claps). Congratulations to me.” So there you have it. One more thing, does this mean Beenie won’t be doing Canada’s Next Top Model next season? Tears..

Email ThisBlogThis!Share to TwitterShare to FacebookShare to Pinterest
Labels: Beenie Man, Do I Smell a Controversy?, Fame and Scandal, Music Headlines, Updates