DRUGS, FEDS & INTRIGUE: Busy Signal is in for the fight of his life 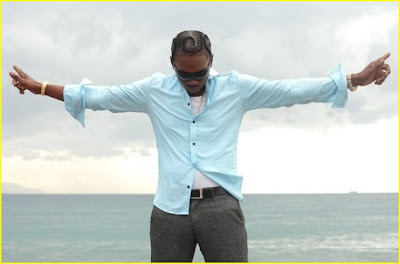 HOT WATER: The deejay runs afoul of the law.
In 2007, Busy Signal released a hit single in which he defiantly declared, “Mi nah go ah jail again,” but the truth is that the 33-year-old entertainer has found himself in a real sticky situation following his May 21st arrest by US federal agents at the Norman Manley International Airport in Kingston upon his return from a stint in Europe.If the reports are to be believed, the dancehall deejay (born Glendale or Reanno Gordon, take your pick) is a fugitive wanted in the United States on drug-related charges and is presently the target of an extradition request. Even more shocking, Busy is suspected of travelling under false identification and fled the United States sometime ago after a pending conviction. Insiders tell TALLAWAH that the troubled star, who released his most recent album Reggae Music Again in April, is now facing a real prospect of time behind bars and possible fallout with his corporate sponsors like Pepsi Jamaica.Since Monday afternoon, the case against Busy Signal has rapidly developed into a bonafide hot-button issue that brings to mind the trials and tribulations of ‘Dudus’ Coke and Buju Banton. Recent history has shown that once the American feds get their claws into you, there ain’t no letting go. Is that what’s in store for the deejay, or can his lawyers get him out of the mess and help him clear his name? Either way, you can be sure of one thing: he’s in for the fight of his life. Keep your head up, Busy.

Email ThisBlogThis!Share to TwitterShare to FacebookShare to Pinterest
Labels: Dancehall Stars, Do I Smell a Controversy?, Music Headlines, That's Sad