THE NEW GUARD: The Ones to Watch in Caribbean Fashion 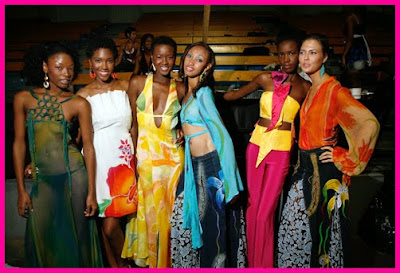 BRIGHT YOUNG THINGS: Who are the region's future stars of fashion design?
While the Caribbean fashion scene doesn’t exactly lack for fresh faces these days, one has to be encouraged by Pulse’s intention to put the spotlight on new and emerging designers during June’s 12th anniversary staging of Caribbean Fashion Week (CFW). No doubt it’s a huge boon for up-and-comers who are giving serious consideration as to how they intend to grow and become the next Claudia Pegus or Carlton Brown.The CFW 2012 roster includes, in addition to regional heavyweights, young designers from Barbados, Belize, The Dominican Republic, The United States, Haiti, The United Kingdom, The Turks and Caicos, Trinidad and Suriname. “Designers from all parts of the Caribbean and beyond have consistently presented collections to the largest contingency of international and regional media and fashion influencers,” Romae Gordon, CFW’s fashion director, has noted. “And it is for this reason that CFW is on the list of a growing set of new designers who are intent on generating interest for their brands.”Fashion watchers, consider getting familiar with names like Blond Di, Tigerlily Hill, Jhaniel Smith, Juanita Reid and Rae Williams.It goes without saying that it’s hard out there for struggling designers, a truth that doesn’t factor into the images of wealth, influence and fame we often conjure when we think of fashion, whether on a regional or international scale. So kudos to Pulse and other such laudable initiatives as Mission Catwalk and Style Week Jamaica for leading the charge.In the particular case of Mission Catwalk (whose top three designers will show at CFW on June 8), the highly successful fashion reality series continues to offer its rising stars a terrific platform to gain early exposure. And if their impressive Season 2 exploits are any indication, the likes of Gregory Williams, Crystal Powell and Rebecca Stirm are destined for greatness.