ON THE RADAR: Sean Kingston bounces “Back 2 Life” 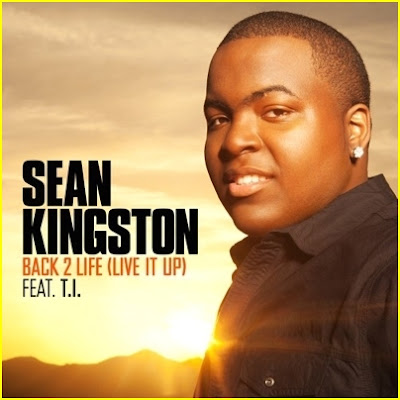 SURVIVOR: The singer returns to the spotlight with a life-affirming track.
Jamerican pop star Sean Kingston narrowly escaped death last May when he survived a nearly fatal jet-ski accident in Miami. But now the singer is in good health once again and prepping his next move. “I’m going back to the whole reggae, island-pop thing,” the 22-year-old told MTV last year, and now comes his newest single, the J.R-Rotem-produced banger “Back 2 Life (Live It Up)”, featuring rapper T.I.The track samples Soul II Soul’s 1989 single “Back 2 Life (However Do You Want Me),” and is possibly inspired by Kingston’s near-death experience: “What don’t kill me, make me stronger / I know it’s gonna be alright / So celebrating tonight, we’re celebrating life tonight,” he sings. T.I., meantime, offers his own expressions of triumphing over adversity: “When tragedy strikes, I struck back.” Enlisting the help of comedian Mike Epps and director Benny Boom, Sean and T.I. shot the video for the tune last week in Los Angeles. Sean Kingston’s third studio album is also titled Back 2 Life and is scheduled to be released in July. In addition to T.I., the album will feature Rihanna, T-Pain, Cee-Lo Green, Kanye West, Keke Palmer, Soulja Boy, Akon and Dr. Dre.