Love is in the air and is being displayed by some of the sexiest and best-known couples from the worlds of entertainment, politics and sports. From Yendi and Chino to the Hon. Andrew Holness and his wife Juliet, to Michael and Tessanne, some of our biggest stars are enjoying love and romance in the glare of the spotlight. 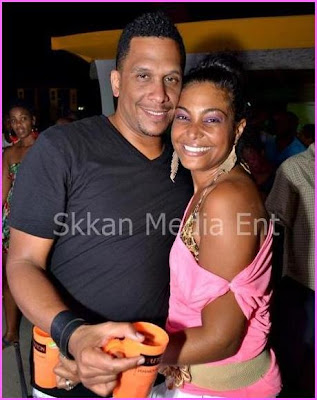 Nothing off-key about this harmonious pairing. The undeniably luminous Shauna-Gaye (a boutique proprietor) and Bambino (star of radio, TV and music) are easily one of the most fabulous pairs in local entertainment – and it’s not just because they emit sparks. No. What distinguishes (and most impresses people) is their seemingly grounded and family-minded approach to life on the celebrity circuit. Above all, they only have eyes for each other. 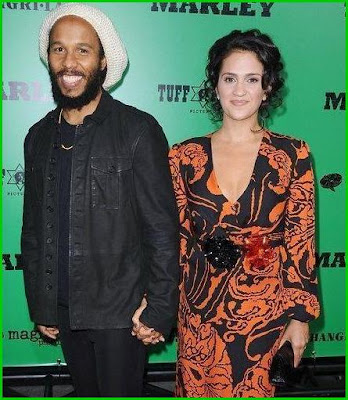 Ziggy Marley and Orly Marley
If there’s one thing the multiple Grammy winner seems more than ever determined to do is bolster the Marley brand – while turning heads with his gorgeous wife Orly, with whom he has four kids, by his side. Whether spotted out-and-about in L.A. or strolling arm-in-arm down the red carpet they always look sensational and very much in love. 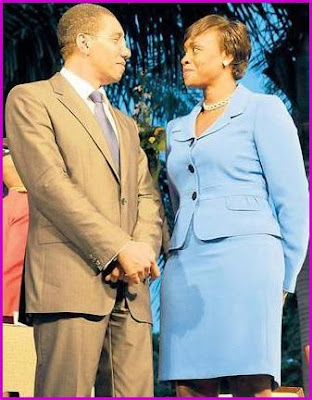 The former Jamaican Prime Minister (and new Opposition Leader) has a reputation for perseverance persistence in politics. For her part, his very nice wife Juliet has proven her grit and grace as a driven businesswoman. Together, they make one heck of a team determined to keep their union, which has so far produced two adorable young boys, scandal-free and secure. 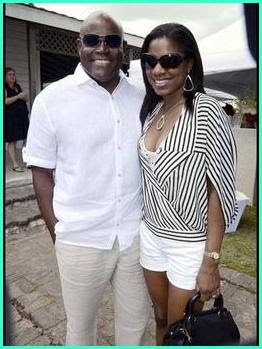 Brian George and Keneea Linton-George
It’s a real-life love-story that’s made for TV. And it’s about to get more interesting. With plans to add a baby to the nest, Supreme Ventures boss Brian George and Keneea Linton, perhaps best known for hosting/conceptualizing Mission Catwalk are proving that their love is without limits. And it would appear that, in spite of their individual successes and hectic schedules, the most important role for the devoted couple lies in simply staying true to each other. 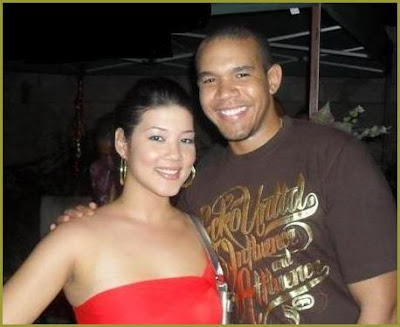 Michael Cuffe and Tessanne Chin
Their story reads like a fairytale, that of the voluptuous pop-rock goddess and the handsome prince with the media pedigree. After a period of courtship, surprise engagement, and wedding attended by friends and family, the affable BFFs continue to take their sizzling romance to new heights. They ooze an infectious charm when spotted together at trendy hotspots and star-studded events, giving the impression that they’re definitely in it for the long haul. 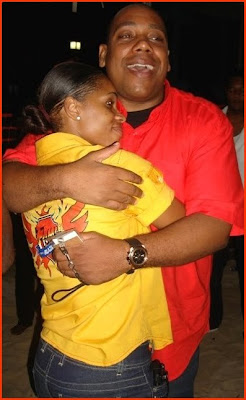 Arif Cooper and Simone Clarke-Cooper
Together for more than a decade, this mature pairing has managed to stay on our hot watch list primarily because of their free-spirited, can-do attitude with their careers and their individual lives. In the last year, Simone left radio to venture into the corporate world – with the support of her hubby firmly intact. What’s next for this quixotic pair? As we have come to expect, anything is possible. 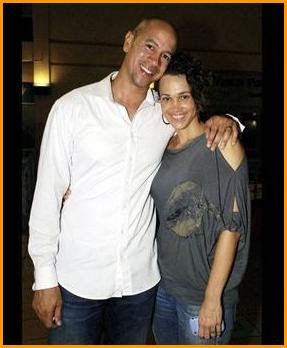 Zachary Harding and Tamara Harding
Marriages take work to last – and last long. That’s one of the reasons we deeply admire powerhouse businessman Zachary and Tamara Harding (a powerhouse in her own right), who are still crazy about each other years after taking that trip down the aisle. By all accounts, the gorgeous refuses to let convention define their relationship as they aim to keep the flame burning. 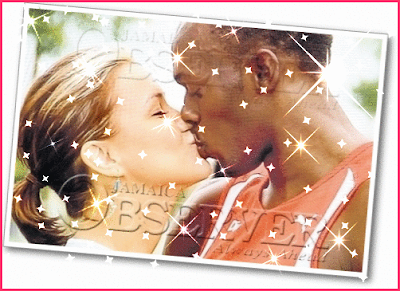 Usain Bolt and Lubica Slovak
It was the kiss heard around the world. Though the World’s Fastest Man stint as an unattached uberathlete made his love life interesting to onlookers, his days as Jamaica’s most eligible bachelor are over, now that he has a steady woman on his arm, the lovely and talented fashion designer-turned-film producer Lubica Slovak. It’s easy to see why Dr. Bolt is smitten with the Slovakian-born beauty: she’s all that. 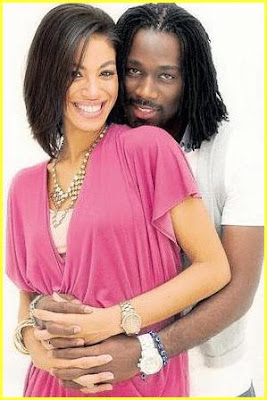 Daniel ‘Chino’ McGregor and Yendi Phillipps
We had our suspicions, but now the curvaceous bombshell has publicly proclaimed her love for the ascendant reggae-dancehall hitmaker, who is three years her senior. These days, lovebirds Chino and Yendi are looking forward to the arrival of their first baby – and neither rumours nor controversy can ruin their happiness. Do we hear wedding bells? Not so fast. The possibilities are endless, but we’ll just have to stay tuned for the remix. 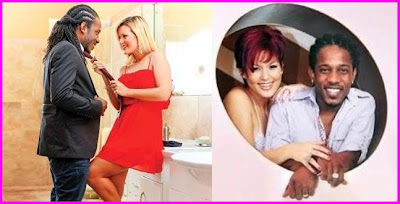 Wayne Marshall and Tami Chynn
(Photo: Buzzz Mag.)
Three years ago, this supertalented and supermagnetic couple made official what most everyone knew along: they are crazy in love. Their occasional duets aside, Wayne and Tami’s real-life red-hot romance and charming presence in our cultural universe have made them one to have on every must-have guest list. With their movie-star good looks and genuine affability, Wayne and Tami remain the utter definition of a dynamic duo.>> HAVE YOUR SAY: Did your favourite pair make the list? Which fabulous couple did we forget to include?

Email ThisBlogThis!Share to TwitterShare to FacebookShare to Pinterest
Labels: Couples Watch, Ones To Watch, She/He's The One, Special Report