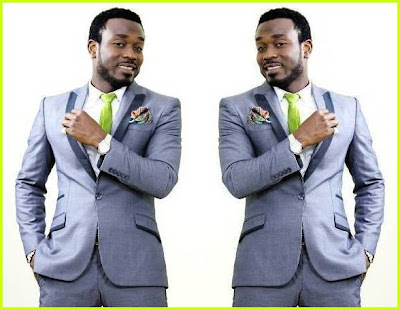 A SUITABLE MAN: The music star cuts a modern figure in Carlton Brown.
On a postcard-perfect May afternoon in Kingston, Prodigal Son is laughing his head off. We are sitting at a small table for two at his breezy, al fresco restaurant Eleita’s Soup & Grill (located off Constant Spring Road), whose many patrons today include lunch-crowd regulars. Sporting a rather laid-back look of grey tee-shirt, jeans and flip-flops, the gregarious proprietor (né Calvin Whilby) is unsurprisingly the main attraction. We are here to discuss his new album, 7699 (an amalgam of the year he was born and the year he got “saved”), but the conversation quickly metamorphoses into a lively riff on his mission to give back to society, being the world’s greatest dad and, of course, his legendary passion for fashion.Meeting up with him, after quite a few years, there’s something decidedly different about Prodigal. In fact, the most striking thing about his look today is an aspect we don’t normally associate with the stylish star and big man of dancehall gospel: a scruffy beard and a mass of woolly hair atop his head. “It’s an image change. We’re changing the image,” he tells me, grinning mischievously and checking one of his two shiny Blackberries on the table. “The market that we’re going for this time around is young but middle-aged. So I have a youthful dress code but a more mature look. And we’re upping the fashion, as well.”Indeed. The artwork for his new CD (dropping June 2 locally, and June 12 worldwide) features the 36-year-old in a series of eye-popping outfits from such exquisite labels as Aldo and Louis Vuitton. “I love Italian clothes. The Armani, the Fendi, all of them. I love Louis Vuitton,” Prodigal confesses. “But from a local perspective, Carlton Brown is my designer and you have this kid called Mark Anthony, who is doing extremely well.” 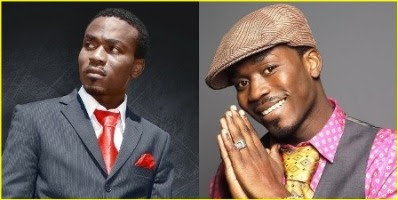 On a long list that no doubt includes superdad, award-wining recording star, and minister of the word, the title of fashion icon surely ranks high among Prodigal’s credentials. What does he make of that? “I think I just put on clothes and people say, You look good. I’m not so sure that I’m fashionable. They would have to say that.”You have to excuse Prodigal. He’s suffering from a case of Momentary Modesty. I teasingly remind him that it’s been lab-tested and proven that he’s one fellow with a near full-blown obsession with fine menswear. “Nah sah, I just like clothes and wear it and people say I’m a fashion icon,” he persists, chuckling. But, in truth, Prodigal knows fully well that if a national poll were to be conducted to identify the most fashionable man in Jamaican music, he would probably top the list. After all, when it comes to major public appearances and concert performances, he always makes a point of presenting a glamorous, highly polished image. So to onlookers, in addition to his family, his music and his ministry, stylish attire seems paramount to the gospel deejay. “Alright, alright. I love fashion and I would say I have good taste,” he concedes at last. “I don’t know if I’m a fashion icon though. People consider me to be that. But I don’t mind it.”Okay, we’ll accept. Prodigal is great company. Throughout our hour-long chat, he is candid and doesn’t beat around the bush. He laughs. A lot. He’s attentive and perceptive and his responses are refreshing and often peppered with a wisdom he no doubt honed over the course of his eventful rise from Kingston street hustler to globe-trotting superstar.Whether he’s speaking about his insane workload (managing his Radikal Yawd record label, for example), or his charitable endeavours (like the upcoming Freedom Fest), or his music’s impact (“bridging the gap between Christian and secular”), an unmistakable sense of determination to make a difference shines through. Then there’s his greatest real-life role as a father. “I adore them,” he says of his kids, a thriving 13-year-old boy and a daughter, 8. “It’s fun being a dad and it’s also challenging, but it’s more fun than challenging. When I look and say, yeah, ah my kids that, it’s a good feeling.” Asked what he does differently as a father, Prodigal responds, “My kids know that Daddy ah dem bredrin, but yet still I’m a disciplinarian. They know that Daddy is their hero, and they see me that way. Whatever they need, whatever they want, they can call upon me.” He says his late grandmother is a constant source of inspiration for how he lives his life. “One of the things I’ve learned from [her] is that I want to give my children everything that I never had in life. So I really work and live for them and for the people I can give something to,” he says. “Nothing I have for myself is mine.” I tell him he sounds like Bob in a memorable scene from Kevin MacDonald’s Marley documentary. Prodigal laughs.>> NEXT TIME: Prodigal talks about charity, memorable concerts, and what makes him cry.