WHO NEEDS CHARISMA: Is Delano Seiveright the most hated man in Jamaica? 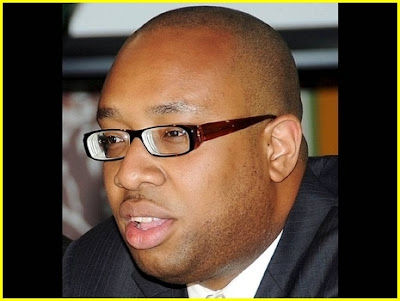 REBEL SPIRIT: The polarizing G2K leader is on the move.
If a sense of remorse is what his detractors are expecting, Delano Seiveright is offering none as he prepares to exit his position as president of G2K. “I don’t have any regrets really,” he told TV J News this week. “Of course we did have issues as it relates to our communication, but I believe we were very strident because we told the truth, and the truth shall set you free.”To say the very least, over the course of his G2K sojourn, the 28-year-old Seiveright has ended up in quite a few bad books – among them his vicious critics. “Those people are usually comrades or hypocrites,” he concludes without missing a beat. Regarding his tenure as leader of the JLP’s youth arm since 2009, Seiveright (whose resignation takes effect this Friday, June 1) makes it clear that the organization was constantly faced with tough choices.In the run-up to last December’s General Elections the G2K found hard-hitting tactics, including antagonizing the Portia Simpson-Miller-led People’s National Party with scathing TV and print ads. They played a dangerous game and their party lost – badly – in a landslide defeat at the polls. The blame for the JLP’s humiliating exit from power was largely dumped on the G2K. But mostly on Seiveright, who has been called everything in the book from arrogant to polarizing to overly zealous. Many felt he should have quit the presidency months ago. But according to Seiveright, when all is said and done, the G2K accounted for (and still does) a fundamental aspect of the overall Jamaica Labour Party machinery. “There was a need for more robust communication infrastructure, and G2K took up that role, and that’s pretty much why we have gotten a bit of flack. But we had to do it,” he explains. “There was the truth that was out there, and no one was willing to put the truth out there, and we were willing to put the truth out there – and put it out quite forcefully and stridently.”In spite of his perceived bad qualities, no one can deny that Seiveright possesses, in substantial measure, a fearlessness and decisiveness that often reliably indicate the ones destined for greatness. So what’s his next move? While it’s unclear what he’ll be doing post-June 1, it appears that the JLP’s enormous loss at the 2011 Elections will be part of the stigma by which Seivwright will be ultimately judged.Meantime, there surprisingly seems to be a bracing sense of unity left in the G2K as they prepare to anoint a successor from three primary possibilities: Collin Virgo, Ryan Morgan and Floyd Green. “Well, it would be difficult not to support Floyd Green if [he] puts his name forward,” offers Seiveright. “There are many persons who would probably offer themselves, but if Green offers himself it would be difficult not to support him.”

Email ThisBlogThis!Share to TwitterShare to FacebookShare to Pinterest
Labels: Commentary, News, Ones To Watch, Point of View, Politicking