ALBUM OF THE WEEK: John Mayer rises again with Born and Raised 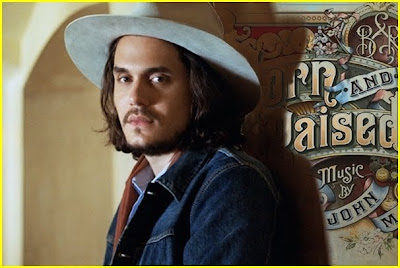 'BORN' THIS WAY: The singer-musician delivers one of his best efforts.
Heat seems to follow John Mayer. Every so often, the acclaimed musician finds himself embroiled in controversy, usually in the wake of a failed relationship with some Hollywood starlet or another specimen of the opposite sex. (Taylor Swift famously put him on blast in her song “Dear John”). Mercifully, the negativity never seems to diminish the quality of music the Grammy winner keeps unleashing to critical (and usually commercial) success.Now comes Born and Raised, the singer-songwriter/poet’s fifth studio effort, a richly diverse and refreshing set of 12 tracks steeped in his signature blend of soft rock goodness and contemporary pop smoothness, with hints of bluesy folk. Of course, the vibrant bass guitar riffs abound and there are the occasional acoustic-guitar moments. But Mayer’s new album is at its best when the crooner uses his fine lyrics to address such themes as the frailty of human relationships ("The Age of Worry") and that thing called love in all its ridiculous guises ("A Face to Call Home").Perhaps more importantly, though, Born and Raised (featuring production work from Don Was) suggests a return to his indie-rock roots—think Song of the Year winner “Daughters” and practically the entire Continuum album. While mid-tempo opening cut “Queen of California” sets the pace with its pure sonic pleasure, it is such cuts as the solemn, vintage-sounding title track and “Shadow Days” that compellingly remind one of Mayer’s folk rock royalty bonafides.The latter track is a particularly haunting number, made all the more so by its profound introspection and the notion of moving on, a subject Mayer appears utterly familiar with. “I’m a good man with a good heart/Got a rough start/But I finally learned to let it go/My shadow days are over," he plaintively offers.Meantime, also vying for prominence are such winners as the minimalist, piano-driven “Love Is a Verb” and “Walt Grace’s Submarine Test, January 1967,” which illuminates a little-known piece of history set to sweet melody.And that’s perhaps what makes Mayer such a remarkable and influential talent. For all his unpredictability and penchant for saying the wrong things outside the recording studio, when it comes to making music, the brilliant songwriting and emotional maturity he brings to his craft always speak loudest.Mayer (who is returning to the spotlight after vocal surgery) consistently delivers unforgettable, exceptional albums, and Born and Raised is a worthy addition to that track record. Tyrone's Verdict: B+BEST TRACKS: “Walt Grace’s Submarine Test,” “Shadow Days,” “If I Get Around to Living,” and “Born and Raised.”

Posted by TALLAWAH Magazine (tallawahmagazine@gmail.com) at 1:16 am