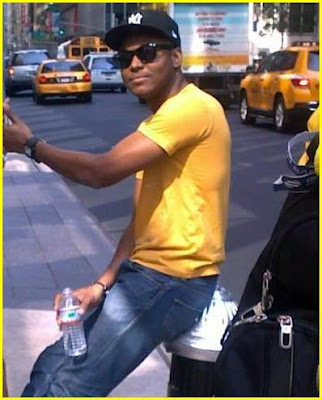 STREET SMART: The star on location recently in the States.
Nothing is more unforgettable than first falling in love – and that notion usually extends to the affection between a father and his newborn. Just ask singer-songwriter Natel, who is finding new joy and purpose these days through his real-life role as first-time dad. To wit, this Sunday will mark his very first Father’s Day. “It’s a blessing because [being a father] has opened my eyes to a lot of things,” he tells TALLAWAH over the phone. “She is like my happiness, always smiling just like me. [Sahi] is cool, man, just like a baby.”As could be predicted, fatherhood has brought about great maturity and tremendous new responsibilities into the life of the 23-year-old entertainer. And he’s tackling them with the gusto of a man on a mission. “My work ethic tun up to the maximum. The way I grew up, me having a daughter is allowing me to think deeper and smarter. I have a vision now. Before, I had a dream, now I have a vision.”And, by all accounts, that includes climbing up on any stage that will have him. Of late, the Manchester-bred star (born Nathaniel Hewitt) has been the opening act on the road for reggae-dancehall vet Mr. Vegas, performing most recently at the star-studded ‘Best of the Best’ concert in Miami and at a sold-out show in St. Martin. “Nice performance,” Natel says of the latter.Quite understandably, the new dad can’t stand to be away from his precious daughter, but work remains an imperative as he strives to meet the responsibilities that come with being a provider. “Most times I’m either on the road or somewhere performing or at the studio. You have to always be working same way, but I always keep in touch with the mother.”Speaking of the mother, for fans (and the plain nosy ones among us) her identity remains shrouded in secrecy. “It’s a good thing. Ah suh it fi go man,” Natel says, laughing.Still, who is the girl that has stolen the singer’s heart? As he explains, Natel, like so many of his contemporaries, believes that maintaining a sense of privacy is critically important. And he respects his fans and well-wishers even more for understanding. “Sometimes when the relationship is not too public, it works out better and lasts longer,” he offers. “You realize that with the celebrities abroad as you hear that they are in a relationship, the media and paparazzi follow them nonstop and then two months afterwards they break up. So you’re happier when most of your private life stays private. You have to separate the personal stuff from what you can show.” 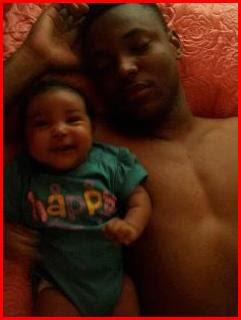 In the meantime, staying busy has become synonymous with the young man himself. His life, it appears, has become a succession of in-studio recording, travelling, concert performances and a little sleep. Rinse and repeat. And such a schedule is made all the more compact owing to his greatly rewarding mentor-protégée relationship with Mr. Vegas. “For the summer, we’re working on going to Europe. I just got the list of some of the places we’ll be performing like France, Switzerland, Italy, Germany and some other places.”Clearly, Team Vegas and Team Natel will be in full effect for the rest of the year and, hopefully, beyond. “Working with [Vegas], you see what it takes to be a star and dealing with the business side of your career,” Natel points out. “He’s a man that can retire now, but he still believes you have further to go because he loves music. And when you’re around somebody like that it inspires you. As a young artist you realize that hard work is key. You have to put in the work. And I heard that the harder you work, it’s the luckier you get.”On a roll, Mr. Hewitt continues: “Every year I find that I grow, and I like that. It’s just all about doing what makes you happy.”