FOR BETTER OR WORSE: King tackles love, marriage and class with latest effort 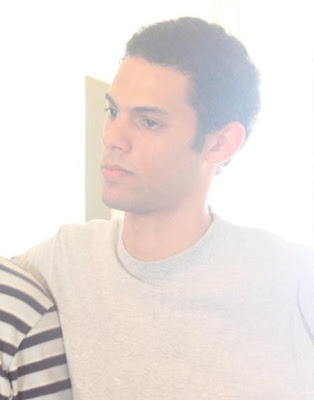 LET THERE BE LIGHT: "What the audience sees is what’s behind the curtain."
Sometime last year, while promoting the period piece Last Call, writer-actor Keiran King mentioned to TALLAWAH that he was working on a marriage drama scheduled to premiere in the summer of 2012 under the auspices of his EightSevenSix Productions. As it turns out, that work is the forthcoming Mr & Mrs Blacke, which is set to open at UWI’s Philip Sherlock Centre in the middle of next month.With the award-winning Last Call (also his directorial debut) King showed a remarkable gift for elucidating the fragile humanity at the heart of intimate relationships and platonic friendships. With Blacke, he appears poised to expose yet another startling dimension to his obviously huge talents.Chronicling an evening in the life of the titular, well-to-do young couple (King and Keisha Patterson), the play is, from what I’ve managed to glean, part revealing character study, part exposé on societal hypocrisy, class, and that noble institution called matrimony. 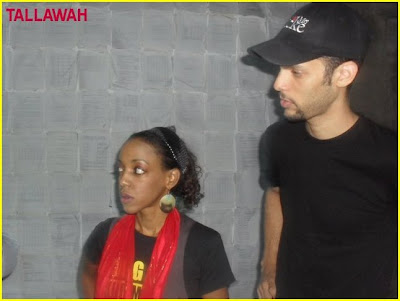 Even so, what made King decide to write about marriage this time around? He laughs. “Well, certainly, it’s one of the universal topics. But I felt that the fears, the aspirations, the hopes and dreams and prejudices of the middle-class and the upper middle-class in Jamaica are not really represented on the stage,” he confesses during a recent interview at their rehearsal warehouse off South Camp Road in Kingston. “And so I wanted to throw those kinds of characters on the stage and see what happens inside their house.”The premise smacks of something out of Edward Albee or Noel Coward. And it’s little wonder, given that the gangly King fancies himself a student of the masters and a thespian with exquisite tastes. Mr & Mrs Blacke, he notes, will both provoke thought and entertain people’s socks off, in spite of its miniscule cast.“It’s entirely two people, and it’s played out in real time, an evening in their house. And the idea is that on the outside they look like the perfect Jamaican couple,” says King, who tapped Paul Issa to direct. “They look like the couple that everyone thinks that they want to be.”Out of sheer curiosity I ask, Should audiences expect a story with a twist? “(Laughs) Well, I don’t know if it has a twist, but even though [the couple] looks perfect on the outside, what [the audience] sees is what’s behind the curtain, so to speak,” he points out. “You see the reality of what takes place inside their house.”>> BEHIND THE SCENES: On the set of Mr & Mrs Blacke