ALL EYES ON KEISHA: The cover girl riffs on ambition, her favourite things, and being a new woman 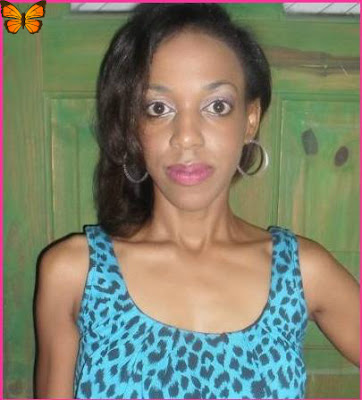 EVOLVER: "I’m in a very creative space now."
In the second instalment of our interview with the you-oughta-know-her star, TALLAWAH discovers a creative soul overflowing with passions. Find out what she has to say about ambition, TV addiction, Christina Aguilera, and being a brand new woman. On growing up: “As a child I was very impressionable; they couldn’t do anything around me without me trying it. As I age, I’m still that person… so I had to stop watching TV. I became addicted; I was watching everything for hours upon end. I’ve stopped watching TV now... I had to stop.” Some of her fave movies: Valley of the Dolls, Devil Wears Prada and Mean Girls.The mood of her on-the-way album: “This new one is basically who I am, because I listen to jazz, I listen to hip-hop, I listen to reggae, I listen to pop, I listen to dancehall. So this album gives me a chance to not just sing standards and ballads, but it gives me a chance to sing some fast songs too. I sing songs that you can dance to. I’m not trying to prove something. I’m not trying to prove that I can sing. I enjoy music, so I’m trying to give people good music.”Who she’s listening to right now: “Christina Aguilera. There’s this song that she did called “You Lost Me.” [She sings a bit of it]. It is just sooooo beautiful. My gosh, the girl makes me cry... She’s a real inspiration for me.”Feeling an inner surge of creativity: “I don’t know what’s happening to me, I want to be an artist, I want to paint, I want to draw. There’s something happening in the world now with maybe the planets aligning that’s affecting me. I think I’m in a very creative space now, a very open and creative space.”On landing the part in Mr. & Mrs. Blacke: “I am humbled that they would choose me, and I really hope that I bring this character to life and that I impress people, because that is what I hope to do. I hope to IMPRESS. (Laughs).”Why she wants it all – now: “I’d love to win a Grammy. No lie. As a singer, when I was younger I didn’t look at it like Oh, I want to win a Grammy. I just wanted to sing. Now I want to set a goal. Now I want a Grammy, now I want an Actor Boy Award for acting. I want that. I want it now."

>> PART I: Keisha dishes on her new role, nutrition and the future