LEAGUE OF THEIR OWN: NDTC marks its 50th with a celebration of the past, present and future 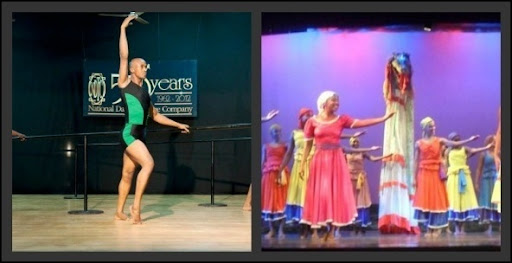 MODERN ARTS: Scenes from the company in performance.
A bonafide cultural treasure, the National Dance Theatre Company of Jamaica (NDTC) continues to stand firmly behind its long-held mission of continuity and renewal mixed with a spirit of timeless artistic excellence. And never has this sentiment been more palpable than now, as the internationally celebrated troupe is about to delve into its 2012 season which, as it happens, also signals the Company’s 50th anniversary.“The company has managed to sustain interest in and support for Jamaican dance theatre over five decades,” noted Artistic Director Barry Moncrieffe at the anniversary launch in February. “It is for this reason that we remain resolute to our vision to forge out of the Jamaican and Caribbean culture and life, an art form faithful to reality while being a part of a wider world and universal landscape of the creative arts.”With a vast repertoire, their own studio, a feeder school, and a youthful new generation of dancers and choreographers, the NDTC seems poised to achieve all that and more. “Audience members can look forward to seeing fresh faces on the stage as [we] continue to attract new members, which guarantees the Company's vision to go on for another 50 years and beyond,” says Dance Captain Marlon Simms via email.The upcoming season, he promises, will be another one to remember. “Preparations are going very well. The Company is excited about the repertoire because we are featuring some of our best works by outstanding choreographers over the last 50 years.”Among other selections, masterpieces by such legends as former Artistic Director Prof. Rex Nettleford, founding members Bert Rose and Barbara Requa, former dancer and choreographer Dr. MoniKa Lawrence, senior choreographer Clive Thompson of Martha Graham Dance Company and Alvin Ailey American Dance Theatre fame will grace the stage.“We will be featuring old favourites danced by new generation dancers [with] surprise appearances by past members who made certain roles special,” says Simms. “When the curtain opens on Gala Night, July 14, 2012, patrons will see the Company at its best and the wide-ranging repertoire which has made the Company so special over the last 50 years. It promises to be memorable.”Performances of the 2012 NDTC Season of Dance will run from July 14 to July 29 at the Little Theatre, Kingston.